The incident had taken place on Friday in Bangarmau town in Unnao when the boy was selling vegetables outside his house. 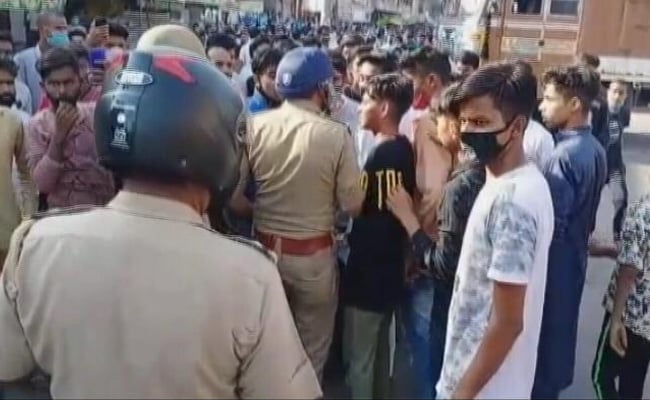 A home guard who was dismissed from service for his alleged involvement in the death of a teenaged boy in Uttar Pradesh’s Unnao district was today arrested in connection with the case. Two police constables – also accused in the alleged crime – are on the run and efforts are being made to locate them, police officials said.

A murder case has been filed against all of them.

“We have arrested one accused while the other two police constables are on the run. Efforts are being made to trace them. We have conducted raids at various places to trace them. Strict action will be taken against those found guilty,” the police said in a statement.

Homeguard Satyaprakash was dismissed from service while Constables Vijay Chodhury and Simavat were suspended after they allegedly picked up a 17-year-old boy for “violating the ongoing corona curfew” and allegedly thrashed him in police custody, resulting in his death.

The incident had taken place on Friday in Bangarmau town in Unnao when the boy was selling vegetables outside his house. The boy was allegedly picked up by the cops, taken to the local police station and assaulted badly following which his condition deteriorated and he was rushed to the Community Health Centre, where he was declared dead, the boy’s family alleged.

The alleged police action had led to protests by locals, who demanded action against the guilty, a government job and compensation for the victim’s family.

Following the assurances, the boy’s body was handed over to police for post mortem.

In a statement issued on Friday night, police had said, “Constable Vijay Chodhury has been suspended with immediate effect in the matter and services of homeguard Satyaprakash have been terminated. “

The Uttar Pradesh government has imposed the curfew in the state till 7 am of May 24 to curb the spread of the coronavirus.