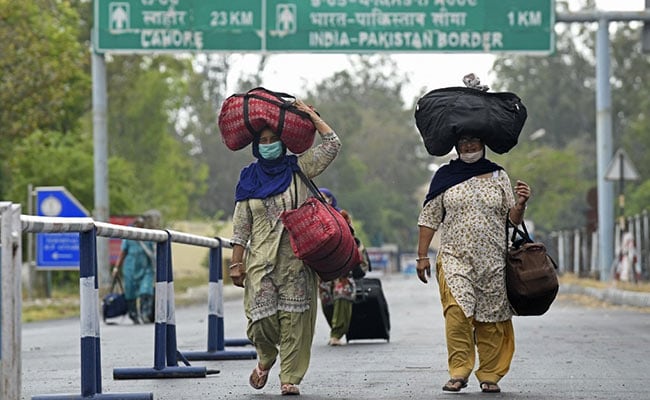 Hundred Sikh pilgrims from among 800 who went to Pakistan to celebrate Baisakhi have tested positive for coronavirus on their return, officials have said.

The Sikh devotees from India had gone to Lahore’s Gurdwara Panja Sahib on the last day of Baisakhi. Officials said 100 of them have tested positive after they took a rapid antigen test. Some 350 were tested for COVID-19 using rapid antigen method.

Now, some of them who have returned to Amritsar will be tested using the more accurate RT-PCR method, officials have said.

The Foreign Ministry has been in touch with the pilgrims to ensure their safety, officials said.

The Pakistani High Commission in Delhi had issued visas to over 1,100 Sikh pilgrims for Baisakhi travel. Under the framework of the Pakistan-India Protocol on Visits to Religious Shrines of 1974, a large number of pilgrims from India visit Pakistan to attend festivals every year.

Punjab has some 38,000 active COVID-19 cases, according to government data. The state was among the first including Maharashtra and Gujarat that started reporting a surge in COVID-19 cases in recent weeks, before the crisis went nationwide in what is now being called a deadlier second wave.

People have gone to social media to coordinate help, while state governments and the centre are also working to arrange oxygen faster with the help of the private sector.

Baisakhi is a spring harvest festival for Sikhs and Hindus. It marks the Sikh new year and commemorates the formation of Khalsa panth (saint warriors) under Guru Gobind Singh in 1699.