Founded in 975 and one of the oldest choirs in continuous existence in the world, the Regensburger Domspatzen is attached to a Catholic boarding school and a secondary school where the curriculum is heavily focussed on music. 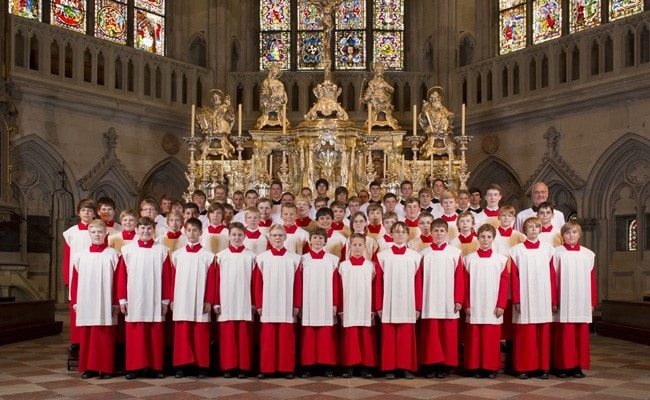 The Regensburger Domspatzen boys’ choir is one of the oldest choirs in the world.

The cathedral school behind Germany’s renowned Regensburger Domspatzen boys’ choir said Tuesday it will open its ranks to girls for the first time in its history spanning more than a millennium.

Founded in 975 and one of the oldest choirs in continuous existence in the world, the Regensburger Domspatzen is attached to a Catholic boarding school and a secondary school where the curriculum is heavily focussed on music.

The pupils admitted to the school and the choir — whose name literally means “Cathedral Sparrows” — have until now been only boys and young men.

But the institution said Tuesday it will open to girls from the 2022-23 school year, founding a separate girls’ choir whose name is yet to be decided.

The school is “forging a path that we believe will lead us to the best possible position in the future”, said chief conductor Christian Heiss.

Girls at the school will benefit from “exactly the same offer” as the boys, but will “develop their own sound” in a separate choir, with the renowned boys’ choir retaining its own identity, he said.

Headteacher Christine Lohse called the move “a step towards normality” and said the girls would “make (the school) more colourful, of course”.

The Regensburger Domspatzen boys’ choir was founded when Bishop Wolfgang of Regensburg set up a school in the Bavarian town whose pupils were charged with singing the liturgy.

The school complex has a current enrolment of 431, around two-thirds of whom live in the boarding school, which has a reputation for tough discipline.

But the choir fell under the shadow of the Catholic Church’s child abuse scandal after a 2017 report found that more than 500 choir boys suffered sexual or physical abuse at the institute from 1945 to the early 1990s.

The report criticised senior Church figures for failing to do enough to prevent the abuse, including Georg Ratzinger, the brother of the former Pope Benedict, who led the choir from 1964 to 1994.