Nishit Pramanik and Jagannath Sarkar were among the five BJP MPs the party fielded for the assembly polls hoping to form government where they could play key roles. That didn’t happen. 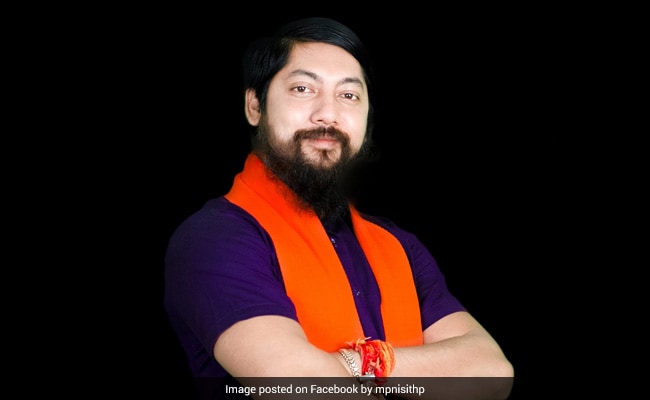 In Bengal, the BJP’s tally of 77 MLAs in the Assembly is down to 75. Two BJP MPs who contested and won have submitted their resignations to the Speaker this afternoon on instructions of the party high command. The Trinamool has mocked the move as the BJP’s bid to play safe in the Lok Sabha. The Trinamool has accused the Centre’s decision to give Central security to all BJP MLAs in Bengal as misuse of taxpayers’ money.

Nishit Pramanik and Jagannath Sarkar were among the five BJP MPs the party fielded for the assembly polls hoping to form a government where they could play key roles. That didn’t happen. Now the BJP clearly feels they are more useful in Parliament.

“The results in Bengal were not as expected. If the BJP had formed government, we would have a specific role. Now that is not the case so the party has said we should remain MPs and resign as MLAs. That’s why we are doing it,” said Mr Jagannath Sarkar, BJP MP from Ranaghat. He had won from the Santipur Assembly seat, both in Nadia district.

As MPs, both Mr Pramanik and Mr Sarkar have central security cover. So does Suvendu Adhikari, BJP’s Nandigram MLA and leader of opposition in the Assembly. He has Z-Plus security.

The Union home ministry has recently said it would provide central security to all BJP MLAs, based on a review of their threat perceptions.  The ministry will also foot the bill for it — all of Rs 1.5 crore per month.

“For two years, I worked with the BJP without much or a problem. But ever since 2nd May…the day the election results came out, the situation has changed. We need the security (cover). I feel our life is at risk. We have been elected by the people, but it is the failure of the state government that the Centre has to provide security,” BJP MLA Agnimitra Paul of Asansol South told NDTV.

“Definitely we need security from the Centre because we cannot trust the Bengal government… If the elected MLAs don’t feel secure, they can’t work,” said BJP MLA Subrata Thakur from Gaighata in North 24 Parganas.

The Trinamool has mocked both moves — the resignations and the central security.

“They have insulted the people who have voted for them and sent them first to Parliament and then to Assembly. Secondly, the Union government has decided to give all MLAs security cover…which is mis-utilisation of public funds,” said senior party leader Sukhendu Shekhar Roy.  “It has never happened before,” he added.

One BJP MLA has declined central security. Ashok Lahiri, the former economic advisor to the Centre told NDTV that he is banking on the state government to do what it takes to keep him and the people safe.