Delhi coronavirus: Several hospitals have, over the past three days, flagged a crisis of oxygen supply, beds and medicines amid rising Covid cases. 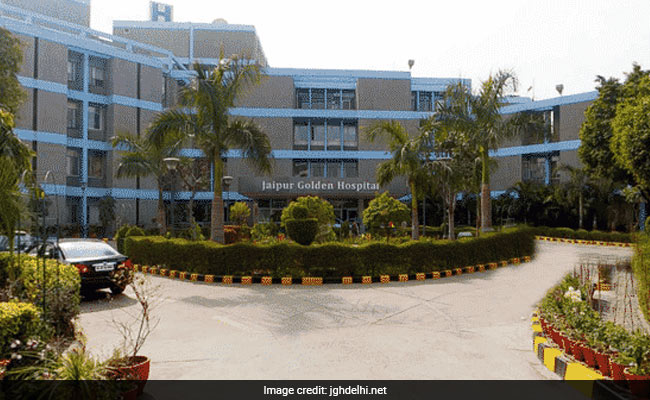 Jaipur Golden Hospital is the second hospital in Delhi to sent SOS over shortage of oxygen this morning.

Twenty people died last night at the Jaipur Golden Hospital in Delhi due to shortage of medical oxygen, a top official at the hospital said today, highlighting the worsening situation in the national capital’s hospitals.

“We had been allotted 3.5 metric tons of oxygen from the government. The supply was to reach us by 5 in the evening, but it reached around midnight. By then, 20 patients had died,” Dr. DK Baluja, Medical Director at Jaipur Golden Hospital, told NDTV.

At least 215 Covid patients admitted at the hospital are critical and in dire need of oxygen, he added.

Jaipur Golden Hospital is the second hospital in the city to sent SOS over shortage of oxygen this morning.

“Urgent sos help. We have less than 2 hours of oxygen supply @Moolchand_Hos. We are desperate have tried all the nodal officer numbers but unable to connect. Have over 135 COVID pts with many on life support #. @ArvindKejriwal @CMODelh i@LtGovDelhi @satinderjain26 @PMOIndia (sic),” read the tweet put out by Moolchand Healthcare this morning. The hospital has stopped admitting new patients till it resolves the issue, sources said.

Madhu Handa, Medical Director, Moolchand Hospital, broke down as she gave details of the situation about an hour later while speaking to NDTV. “We are down to around 30 minutes (of oxygen supply) at the moment but yes, cognizance has been taken and nodal officers have responded. But I think there are other hospitals facing similar challenge. So they now have to prioritise.”

Several hospitals have, over the past three days, flagged a crisis of oxygen supply, beds and medicines amid rising Covid cases, and many have approached the Delhi High Court for help.

The court has asked the Centre to strictly follow its order to provide medical oxygen to Delhi and ensure safe passage to oxygen without obstructions. “Beg, borrow or steal,” said the judges, warning the centre that “all hell would break loose” if hospitals ran out of oxygen.