Since yesterday, Assam has recorded at least 18aftershocks, according to officials. 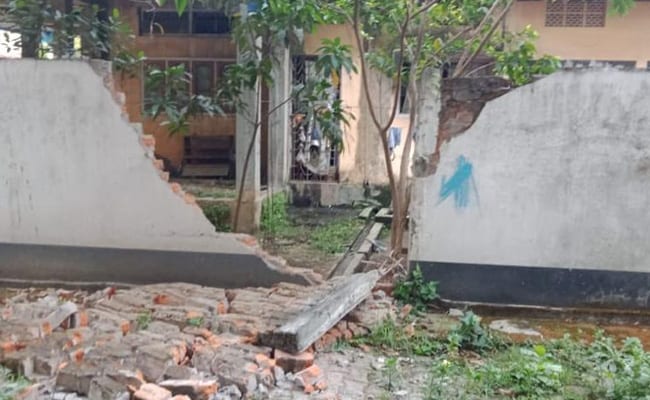 Sonitpur district was hit by a 6.4 magnitude earthquake on Wednesday morning.

A day after a powerful earthquake of magnitude 6.4 struck Assam, the northeastern state was hit by a second one – a moderate earthquake of 4.6 – on Thursday. Tremors were felt across the state at around 1:20 am. No damage has been reported by the second earthquake so far.

Since yesterday, Assam has recorded at least 18 aftershocks, according to officials. A majority of them have been reported in Sonitpur, the district that was hit by a 6.4 magnitude earthquake on Wednesday morning.

According to the National Center for Seismology (NCS), Sonitpur is seismically very active, falling in the highest Seismic Hazard zone V associated with collisional tectonics where Indian plate subducts beneath the Eurasian Plate.

“The historical and instrumentally recorded earthquake data (NCS catalogue) reveals that the region is affected by moderate to large earthquakes and the most prominent events among those are the July 29, 1960, Assam earthquake of magnitude 6.0,” said the NCS in a statement.

Strong tremors were repeatedly felt in several parts of the northeast and neighbouring Bhutan, forcing people to run out of their homes, according to a Reuters witness.

The epicentre of the earthquake was near Dhekiajuli town, 140 km (86 miles) north of Guwahati. The earthquake struck at 7:51 am at a depth of 17 km from the surface.

153 Cases In A Day, Black Fungus Now Epidemic Disease in...