Thursday, May 19, 2022
Rajpostexam.com Single Spot For Worldwide Information And News 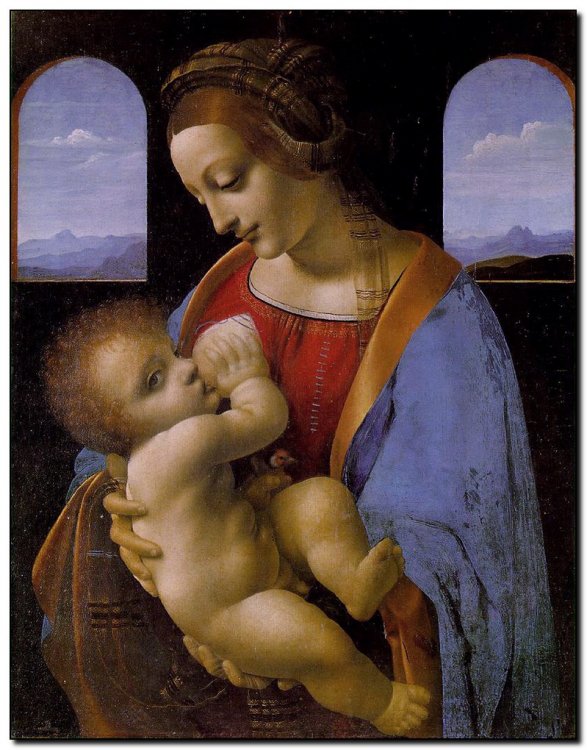 Not just a great artist – Da Vinci was an inventor, an engineer, a geologist, a botanist, a sculptor, a writer, and so much more. His masterpieces, including ‘the Mona Lisa,’ ‘the Last supper’ and ‘the Vitruvian Man,’ made him one of the greatest painters.

You may think that you have heard all about the famed Renaissance man, but you haven’t. Today’s article will disclose five surprising facts about Leonardo Da Vinci that very few people know about. So let’s read on if you want to know things that you never knew about, one of the most celebrated artists.

Born in 1452 in the Tuscan village town of Vinci, Leonardo Da Vinci was an illegitimate child. The artist was born to a notary named Piero Fruosino di Antonio da Vinci and a peasant woman named Caterina. Despite his birth as an outsider to high society, he was brilliant and very skilled in drawing.

After spending his early childhood years with his mother, Leonardo Da Vinci moved with his dad when he was five. He became particularly close with his dad and shared a strong bond with him. He maintained the tie with his dad throughout his life but was barely influenced by him.

Being an illegitimate son, he was not expected to follow his father’s profession as a notary. Instead, Da Vinci chose to pursue his interest of becoming an artist and now Leonardo Da Vinci drawings are famous all over the world.

Da Vinci Is Not His Surname

Many of us thought Leonardo Da Vinci was the surname of the greatest artist of all time, didn’t we? Well, it wasn’t. It would be hard to believe, but Leonardo had no last name to his name, as in the modern sense.

At birth, Leonardo’s full name was Leonardo di ser Piero da Vinci, which translates to Leonardo, son of Piero from Vinci. Vinci is a village in the province of Florence, Tuscany, Italy. It is a medieval hill town in the Montalbano area, located on the ancient Via Francigena.

Now, this would be pretty surprising! The Renaissance man and one of the greatest artists had received very little formal education. Da Vinci received no formal education beyond essential reading, writing, and mathematics. However, academic qualifications did not prevent Da Vinci from crossing many disciplines.

He had a strange fascination with anatomical studies, architecture, engineering and invention, painting, geology and cartography, and botany. Inspired by his passion, Da Vinci was largely self-educated.

The artistic talents of Leonardo Da Vinci were evident from an early age. At the mere age of just 14, Da Vinci joined the workshop of Andrea del Verrocchio, an accomplished sculptor, goldsmith, a painter – a leader of his time. In Verrocchio’s workshop, Da Vinci was exposed to multiple theoretical knowledge and technical skill sets.

He gained experience in metallurgy and metalworking, casting, drawing, and sculpting. In addition to these skills, Leonardo learned scientific skills, including hydraulic engineering and anatomy. Legends suggest that once asked to paint an angel Verrocchio. Da Vinci painted an exceptional painting to pass the test, which made his mentor decide never to paint again.

Da Vinci Was an Accomplished Musician As Well

One of Da Vinci’s many talents that today’s world will never know about is his interest in music. There is absolutely no doubt that Leonardo Da Vinci was one of few individuals who could excel in everything he tried – music being one of them.

Like all his arts and disciplines, Da Vinci had mastered the art of music. He could sing very well and was also able to play instruments like lyre and flute with complete perfection.

Leonardo’s first job in Milan was to perform music at the court of Duke Ludovico Sforza. Besides, he also sang at gatherings of the nobility and patrons’ palaces. According to Georgio Vasari, a contemporary of Leonardo, who knew him personally, Leonardo Da Vinci sang divinely without any prior preparations.

Having an avid interest in music, Da Vinci often listened to music while painting. Da Vinci believed music to be closely related to the visual arts as it was similarly dependent upon one of the five senses. Additionally, his manuscript, which Bill Gates currently holds, contained some of Vinci’s original musical creations.

Da Vinci Was A Chronic Procrastinator

Leonardo Da Vinci was a chronic procrastinator. This might be because of his interest in broadly diversified subjects; Da Vinci often failed to complete his paintings and projects.

Instead of focusing on his tasks, Da Vinci spent most of his time in nature. He would dissect human and animal bodies, conduct science experiments, and fill his notebooks with research notes, theories, and findings.

It is important to note that, despite his genius mind, many of his works were left incomplete, including the Mona Lisa. Apart from the procrastination habit of Da Vinci, his painting career was also cut short by a stroke that led to the paralysis of his right hand. As a result, Leonardo Da Vinci had only 15 paintings attributed to him during his painting career.

Besides the unfinished paintings, there are many unfinished inventions that Da Vinci left behind. Also, none of his writings were ever published during his lifetime.

To sum up, it would not be wrong to call Leonardo Da Vinci one of the greatest artists of all time and an epitome of the Renaissance period. But unfortunately, Da Vinci died at the age of 67 in 1519 and was buried in a palace church in France, where he spent the final years of his life.

Get a Weekend Payday Loan with Crappy Credit: Tips and Tricks

Paying Taxes with a Personal Loan: What You Need to Know

ABOUT US
www.rajpostexam.com is your news, entertainment, music fashion website. We provide you with the latest breaking news and videos straight from the entertainment industry.
Contact us: rajpostexam88@gmail.com
© Newspaper WordPress Theme by TagDiv
Loading Comments...