Fatima Farheen Mirza captured the world’s attention when her husband, actor Riz Ahmed took a moment to fix her hair on the red carpet of Oscars 2021. 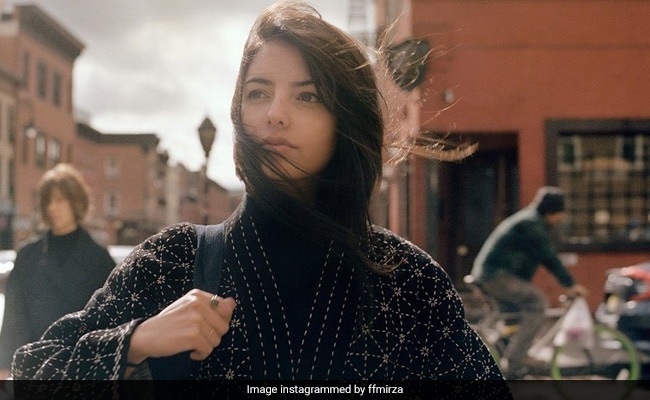 The one couple that stole everyone’s heart at the Oscars 2021 was actor Riz Ahmed and his wife, Fatima Farheen Mirza. Riz Ahmed, who had earned a nomination for his performance in the film Sound Of Metal, fixed his wife’s hair on the red carpet of the 93rd Academy Awards. The duo won the Internet with their mushy moment and the video went viral on social media in no time. It has also led to curiosity about Riz’s better half, Fatima. She captured the world’s attention, looking gorgeous in a caped Valentino gown in a shade of aqua blue.

Here’s everything you need to know about Riz Ahmed’s lady love.

1. Fatima was born in 1991 and raised in California. Her parents are of Indian descent. Her father is from Hyderabad and her mother from Birmingham.

2. She completed her formal education at The University of Iowa. Fatima has also been a part of the Iowa Writers’ Workshop where she worked as a Teaching-Writing Fellow.

3. Fatima met Riz Ahmed in New York while he was preparing for the role in Sound Of Metals. The two met at a coffee shop Ahmed said on an episode of The Tonight Show. “We were both jostling over the same laptop plug points,” he said recounting the incident.

4. Fatima is a New York Times best-selling author. Her debut novel A Place for Us was published in New York in 2018 focuses on an Indian Muslim family living in Northern California.

Her husband, Riz Ahmed is the first Muslim to be nominated for the Best Actor category at the Oscars. He also holds the distinction of being the first person of Pakistani origin to be nominated in an acting category. Did anyone say power couple?

Riz is known for his performance in ventures such as Venom, Nightcrawler, Mogul Mowgli, Four Lions and The Reluctant Fundamentalist. He is also a popular musician, a rapper and an activist. Riz has been an advocate for causes that spread awareness about climate change.