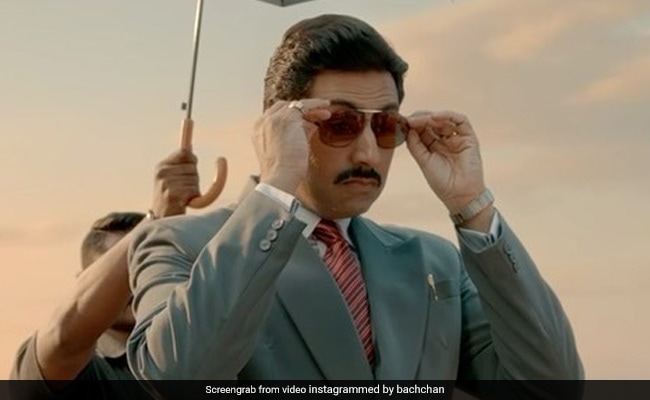 Abhishek Bachchan in a still from The Big Bull. (courtesy: bachchan)

Ever since the trailer of The Big Bull, starring Abhishek Bachchan released, there have been never-ending comparisons with the web-series Scam 1992 (more on that later). This is the story of the epic reply that The Big Bull star Abhishek Bachchan gave to a Twitter user who asked the actor why should he watch the film if he has already seen the show Scam 1992, which is based on similar lines. “I did watch Scam 1992 already, tell me one reason to watch The Big Bull again,” read the tweet. The actor, who has quite a bit of a reputation when it comes to giving it back to trolls, gave a crisp reply in merely 3 words: “I’m in it.”

Pratik Gandhi, who played the role of Harshad Mehta in Scam 1992, gave Abhishek Bachchan a shout out and he tweeted earlier: “Congratulations Abhishek Bachchan and the whole team of The Big Bull. The trailer looks promising. Looking forward to watch the film.” The show’s director Hansal Mehta also cheered for The Big Bull team. “Please don’t make unfair comparisons. There can be multiple tales of the same story,” he tweeted.

Congratulations @juniorbachchan and the whole team of #TheBigBull .
The trailer looks promising. Looking forward to watch the film. https://t.co/u2d4LbFHKM

The Big Bull has been backed by Ajay Devgn. The film is slated to release on streaming platform Disney+Hotstar on April 8.

CBI Directs Staff To Wear Formals On Duty. Here Are The...

Ethereurm Co-Founder Donates Over $600,000 in Tokens for COVID-19 Relief