The actor shared the joy of finally owning a vehicle by posting a bunch of photographs. However, it was a meme that he used in his series of photos that had Instagram users in splits. 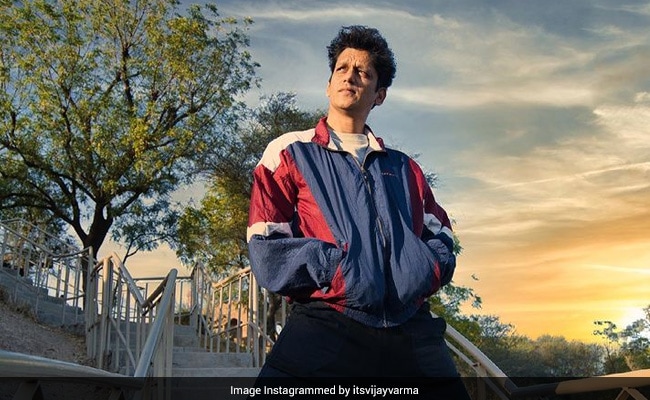 
Vijay Varma is riding high on the success of his last few releases. It looks like the talented actor decided to treat himself for all his efforts. In a post on Saturday, the Gully Boy actor told his followers that he had bought a new car. Mr Varma is now the proud owner of a swanky sports utility vehicle (SUV) and fans were thrilled for him. The actor shared the joy of finally owning a vehicle by posting a bunch of photographs. However, it was a meme that he used in his series of photos that had Instagram users in splits.

Featuring actor Ali Fazal in the character of Guddu Pandit from the web series Mirzapur, the text with the photo reads, “Me to Uber: Bas yahi tak tha, jo tha (Me to Uber: Whatever we had between us, lasted only this far).” The meme was a perfect fit as the actor can finally say goodbye to taxi rides given his new buy.

Mr. Varma also played a pivotal role in the second season of the web series that inspired the meme. Along with the post, he wrote in the caption, “After stealing, fixing, driving, and selling cars on screen, it’s time I finally got my own. Say hello to my new love interest.” Given the pandemic, he also added, “Note: Masks were removed just for pics and we smell like hand sanitiser.”

Fans and colleagues congratulated Mr. Varma on the milestone. The meme cracked up Ali Fazal, who said, “Hahahahahah… congratsss.”

Shweta Tripathi, who was a part of Mirzapur, said, “Congratulations VV.”

Pratik Gandhi, who rose to fame with his performance in Scam 1992, replied, “Congratulations buddy….have a happy and successful drive always…..”

Actor Sunny Hinduja, who is seen with Mr. Varma in the photos left a comment that read “Congratulations again. Last pic is killer,” referring to the meme.

Tell us what you think of Mr. Varma’s new purchase and the accompanying meme in the comments section.