“My body has its good days and bad days, but I love my body,” she wrote 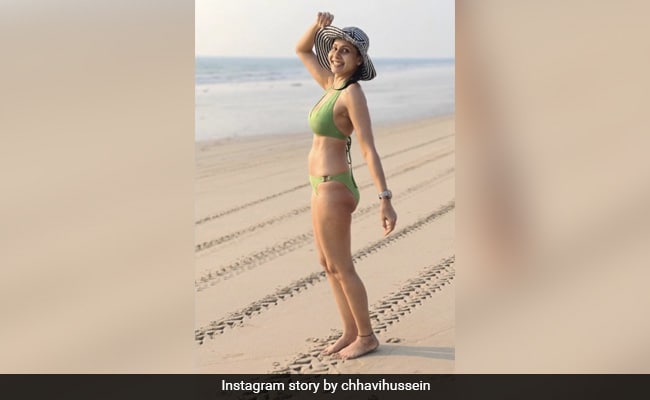 Chhavi Mittal in a still from the video. (courtesy chhavihussein)

TV actress Chhavi Mittal, who loves to share videos pertaining to her workout routines, added another one to her collection. However, her latest Instagram entry exclusively focusses on her postpartum weight loss journey. She shared a video on Monday, which begins with pictures after she became a mother. The latter part of the post has pictures after her drastic transformation. Along with the video, Chhavi, a mother of two, added a dose of inspiration in the form of a caption that read, “Fitness is my passion. Postpartum weight loss was just a side effect. My body has its good days and bad days, but I love my body the way it is! And why not, it gave me two amazing babies who define my whole world.”

She signed off the post with these words: “FYI, today is a good day” and added the hashtag #postpartumweightloss. See the video shard by Chhavi here:

Chhavi Mittal is married to writer Mohit Hussein, with whom she co-owns Shitty Ideas Trending. The actress is a mother to two kids – a son named Arham and daughter Areeza.

As we stated above, the actress takes her fitness regime very seriously and is often seen sharing videos and posts from her workout diaries. Take a look at some of the posts shared by her here:

Chhavi Mittal is best-known for her roles in shows such as Tumhari Disha and Ek Chutki Aasma. She has also featured in shows such as Ghar Ki Lakshmi Betiyann and Teen Bahuraaniyaan She also co-starred with Isha Koppikar and Sonu Sood in the film Ek Vivaah… Aisa Bhi.