The mansion is one of the largest residences in the neighborhood and measures about 2,322 square meters, with an adjoining guest house and backs onto one of Mayfair’s “secret gardens,” which are only accessible to residents. 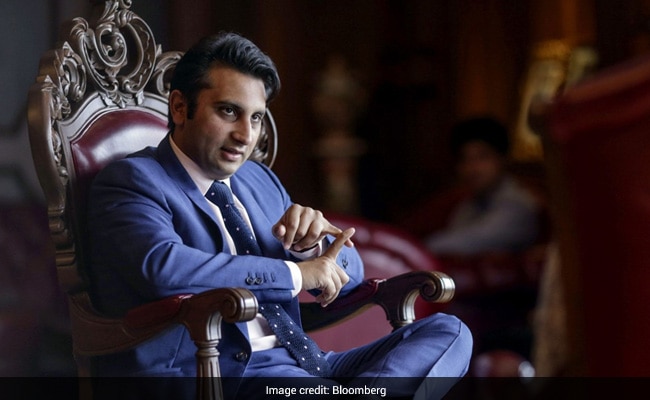 
The head of the world’s largest vaccine manufacturer agreed to rent a property in Mayfair for about 50,000 pounds ($69,000) a week, a record for the exclusive London neighborhood, according to two people with knowledge of the transaction.

Adar Poonawalla, chief executive officer at the Serum Institute of India Ltd., is leasing the home on one of the district’s best roads from Polish billionaire Dominika Kulczyk, the people said, asking not to be identified as the deal is confidential.

The mansion is one of the largest residences in the neighborhood and measures about 25,000 square feet (2,322 square meters), the equivalent of about 24 average English homes. The property also comes with an adjoining guest house and backs onto one of Mayfair’s “secret gardens,” which are only accessible to residents.

The deal will be a boost for the luxury homes market in central London, which has been hit by a combination of Brexit and the pandemic. Rents have fallen by 9.2% in the past five years in Mayfair, according to LonRes, a property data company.

There’s been a “massive increase” in demand for staffing from wealthy clients renting properties in London and the English countryside because they are upscaling or want a home with a bigger garden, according to Elaine Braid, chief executive officer at Poppy Lane Placements, a boutique agency supplying staff to luxury private homes.

Poonawalla, who is currently spearheading the production of millions of doses of AstraZeneca Plc’s Covid-19 vaccine, has long had links to the U.K. and studied at London’s University of Westminster. The businessman previously failed in a bid to buy the Grosvenor Hotel in Mayfair and turn part of it into a home.

Britain is “definitely a place I would want a second home,” he told Bloomberg News in a 2016 interview.

Poonawalla is part of one of the world’s richest families, which has a $15 billion fortune, the bulk of it derived from the vaccine maker, according to the Bloomberg Billionaires Index.

The stamp duty sales tax, which is higher for overseas purchasers and owners of multiple homes, may be deterring wealthy people from buying London properties, said Fred Scarlett, a director at luxury homes developer Clivedale London. An additional levy on buyers based abroad is being introduced next month.

“If you are buying a house on a two- to 10-year play, then a lot of overseas buyers will scratch their heads and think why am I paying all this tax, why not just rent?” he said.