The accused have been identified as Mohammad Shafi (48) and Tareena (36), both natives of Kandahar in Afghanistan, they said. 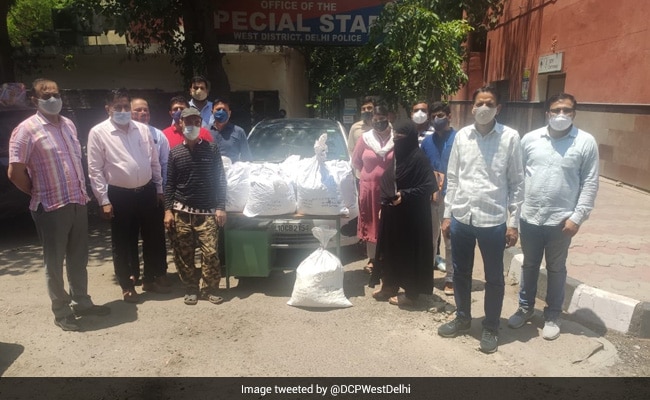 The police have arrested an Afghan couple and recovered over 100 kilograms of heroin worth Rs 860 crore from their possession, officials said on Saturday.

The accused have been identified as Mohammad Shafi (48) and Tareena (36), both natives of Kandahar in Afghanistan, they said.

The police recovered 125.840 kilograms of heroin worth Rs 860 crore in the international market, officials said.

“On Friday, police got information that two people would come from Wazirabad with heroin in their car and will go towards Khyala. A trap was laid and the accused were apprehended,” Deputy Commissioner of Police (west) Urvija Goel said.

The heroin was kept in seven plastic bags, police said.

Shafi told the police that he supplied heroin from Wazirabad to Khyala and thereafter to Punjab, they said.

Ankita Konwar, 29, Responds To Question On Marrying Much Older Milind...