Venkatesh Prasad, Javagal Srinath, Maninder Singh and Saba Karim in a boy band? Read on to find out more… 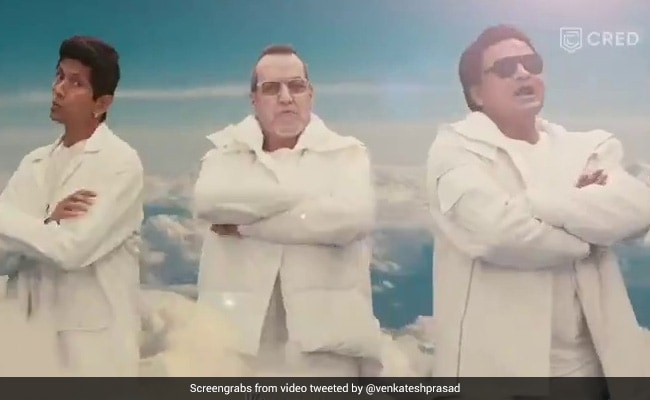 This viral ad features former cricketers as members of a boy band.


After turning Rahul Dravid into “Indiranagar ka gunda” and Jackie Shroff into a zumba instructor, credit card management platform Cred is back with a new addition to its hugely popular ‘great for the good’ campaign advertisements. Cred’s latest ad features former Indian cricketers Venkatesh Prasad, Javagal Srinath, Maninder Singh and Saba Karim as members of a boy band named “The Venkaboys” – and their video is going viral with more than a million views on Twitter.

The one-minute clip shows the top players of the ’80s and ’90s in a never-seen-before avatar – as members of a boy band, wearing all-white outfits and crooning a catchy song. “If you are one of those Gen Z, you might not know me. Just go and ask your daddy,” the cricketers sing.

“Don’t forget us because of T20s,” they urge as they remind viewers that in the ’90s, they were the OGs or Original Gangsters.

The ad has gone viral with more than 1.2 million views on Twitter, along with hundreds of comments and reactions. The ad gave some fans the opportunity to take a trip down memory lane.

Mysore Boys! Those who Grew up in 90s would always remember Prasad and Srinath as one of the best bowling pairs who represented India during an era wich was dominated by spinners..#90skidpic.twitter.com/RoRQFNZAvJ

It’s tough to recognise Manni Pa (Maninder Singh) in the latest avatar.
You all look cool!

Superb Ads by Cred this year , First Dravid then this ! U r just too good in it Venky sir , always loved u seeing bowling in tandem with Srinath ❤️ , now in this ad too ????, Manindr paaji looks cool too in the ad . Saw many times just loved it Venky , like ur slower balls .

Mumbai Indians captain Rohit Sharma shared the ad and added a message for Venkatesh Prasad, who was the bowling coach for the Indian cricket team between 2007 and 2009. “From listening to you coach me on the field, to now listening to you sing while I am on my way to the stadium. Venky bhai….it’s been a journey,” wrote Rohit Sharma.

Before this, Rahul Dravid had appeared in an ad for the brand which showed him losing his cool in Bangalore traffic. That video was followed by one of Jackie Shroff doing zumba.