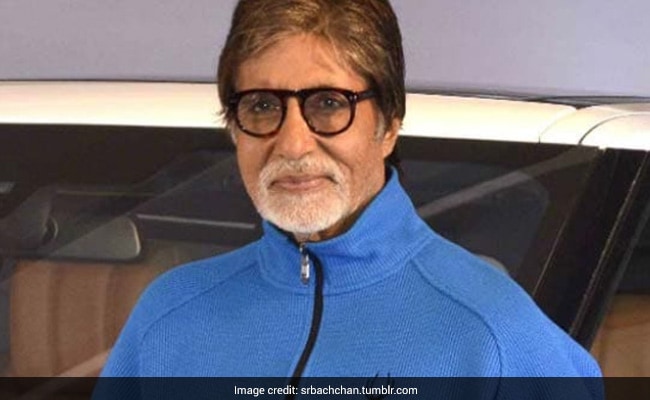 Amitabh Bachchan reportedly bought a swanky property in Mumbai, reported Business Standard. As per the report, the duplex apartment, which is worth Rs 31 crore, is being constructed under a project named Atlantis by a Tier-2 builder Crystal Group. Big B had reportedly bought the apartment in December last year but registered the property with the Department of Registration and Stamps in April this year by paying a stamp duty of Rs 62 lakh, stated Business Standard in its report. A source close to the development told Business Standard that Amitabh Bachchan‘s 5,184-sq ft apartment has six car-parking slots and is situated on the 27th and 28th floor of the building.

According to several other media reports, actress Sunny Leone and filmmaker Aanand L Rai have also bought properties in the same project. While some reports state that the project is in Andheri, others have mentioned that it is in Oshiwara.

Big B, in one of his previous Instagram posts, shard that he bought Jalsa from producer NC Sippy, “then sold it, then bought it back again and rebuilt it.”

Big B was last seen in Shoojit Sircar’s Gulabo Sitabo, in which he co-starred with Ayushmann Khurrana. The film released on Prime Video last year. Amitabh Bachchan has Chehre with Emraan Hashmi, Brahmastra with Nagarjuna, Ranbir Kapoor and Alia Bhatt, Mayday with Ajay Devgn and Jhund lined-up.

Just A Priceless Memory Of Raj Kapoor With His Granddaughter Riddhima....