Dipendu Biswas, who had switched sides after his name did not feature in the TMC’s candidate list for the polls, has expressed his desire to return to the state’s ruling party. 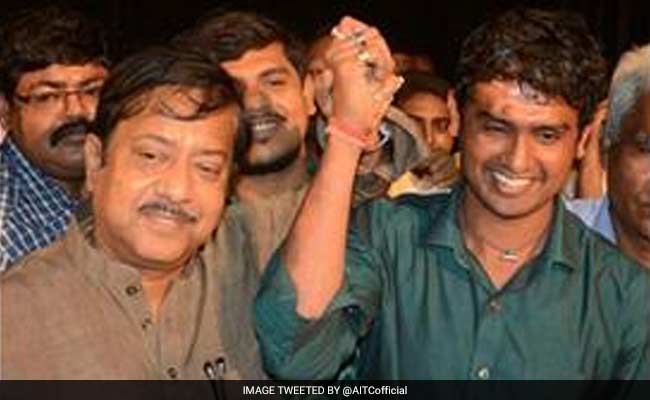 With the Trinamool Congress (TMC) registering a thumping third consecutive poll victory in Bengal, turncoats who had quit the party before the elections to join the BJP now seem to be making a beeline to re-enter the Mamata Banerjee camp, the latest being Dipendu Biswas.

Mr Biswas, who had switched sides after his name did not feature in the TMC’s candidate list for the assembly polls, has expressed his desire to return to the state’s ruling party.

Claiming that it was a mistake on his part to have joined the BJP, he has apologised to TMC chief and Bengal Chief Minister Mamata Banerjee.

In a letter to the chief minister, the footballer-turned-politician on Monday said that he wanted to take the TMC flag again from the party’s general secretary Subrata Baksi.

Dipendu Biswas was elected from Basirhat Dakshin assembly seat in the 2016 elections on a TMC ticket but he quit the party after being denied the poll ticket this year.

Speaking to reporters, he said he regretted his “wrong decision” to join the BJP camp and said it was “taken in a moment of depression”.

“I want to join the TMC again and will help the party chief make further progress in the state,” the former Basirhat Dakshin MLA said.

Mamata Banerjee’s former aide, Sonali Guha, and other turncoats Sarala Murmu and Amal Acharya, who had joined the BJP before the state assembly elections, have also expressed their desire to return to the party.

Former TMC MLA Sonali Guha had on May 23 written to Mamata Banerjee, apologising to her for leaving the party.

The four-time legislator from Satgachhia in South 24 Parganas district, in a letter which she had also shared on social media, said, “The way a fish cannot stay out of water, I will not be able to live without you, Didi.”

“I seek your forgiveness and if you don’t forgive me, I won’t be able to live. Please allow me to come back, and spend the rest of my life in your affection.”

Sarala Murmu had switched camps as she was reportedly unhappy with the ticket that was given to her by the ruling party.

She was nominated from Habibpur seat in Malda, but party sources had then claimed that she was keen on contesting the election from Maldaha constituency.

Amal Acharya, the former MLA from Itahar in Uttar Dinajpur, had also joined the BJP just two weeks before the elections after being denied a ticket by the TMC.

The Trinamool Congress romped home in Bengal, pocketing 213 of the 292 assembly seats that went to polls and secured a third straight term in office.

The Mamata Banerjee-led party’s main challenger, the BJP, bagged 77 seats, while the ISF, which contested with the symbol of the Rashtriya Secular Majlis Party, and an Independent, managed one seat each.