Millions of people like Casida in some of the worst Covid hotspots in Southeast Asia are in no rush for inoculation or just saying no, swayed by disinformation on social media. 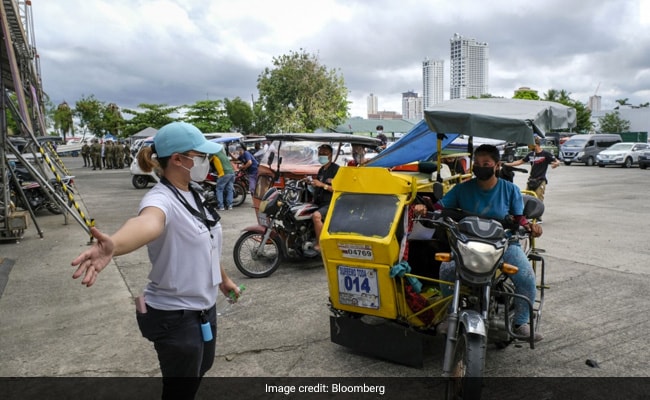 
Though Gerry Casida is on the priority list for a free Covid-19 vaccine in the Philippines because of his asthma, he’s isn’t planning to get the shot any time soon. A video he found on social media of a woman claiming vaccines are being used for genocide helps explain why.

“I’ve read a lot of posts on Facebook about how many died in other countries because of vaccines, and how that’s being concealed,” the construction worker, 43, from Manila said. “My mom also consulted a folk healer, who said the vaccines could affect my heart.”

Millions of people like Casida in some of the worst Covid hotspots in Southeast Asia are in no rush for inoculation or just saying no, swayed by disinformation on social media from both local sources as well anti-vaccination movements in the U.S. Those false claims are fueling vaccine hesitancy in some pockets of the region, undermining efforts to vaccinate some of the most vulnerable people in Asia and end a pandemic that has stalled the global economy.

Despite some of the highest rates of new cases in the world, recent surveys have shown vaccine resistance is prevalent in the region. In the Philippines, 68% of the people are either uncertain or unwilling to take the shots, according to polling company Social Weather Stations. A third of Thais have doubts or refuse to be vaccinated, according to the Suan Dusit Poll, while a separate survey in Indonesia showed nearly a fifth of the population hesitating.

Anti-vaccination propaganda is a big reason for that hesitancy, which has further slowed takeup in countries already struggling with limited supplies. Less than 10% of the population in Thailand and the Philippines have received even one shot.

“It is a polluted media landscape,” Melissa Fleming, the United Nations’ under-secretary-general for global communications, said at a virtual forum in May. “This infodemic has shifted now, and the focus is misinformation on vaccines. It’s about instilling fear in people.”

A heavily Catholic country, the Philippines has been vulnerable to falsehoods peddled online by U.S. evangelical Christian groups, which then filter across through church and family networks. Among many Facebook discussion groups focused on anti-vaccination theories and trawled by Bloomberg News, one video in the local Filipino language said Covid shots will brand people with the “mark of the beast,” alluding to the Antichrist in Christian eschatology. It got more than a thousand views. 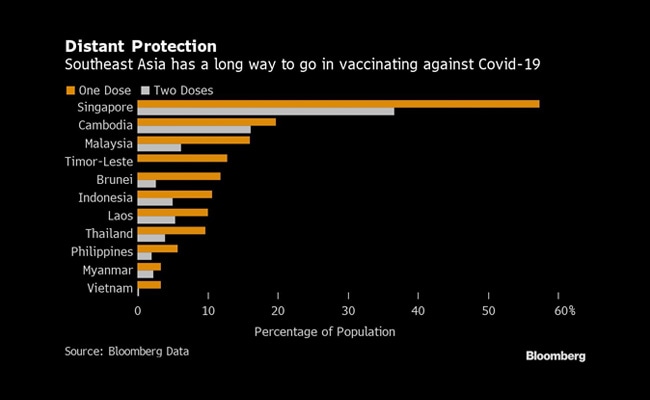 An English language video with hundreds of views said the vaccine makes recipients magnetic. In Malaysia, misinformation ranging from exaggerated risks to life and body organs to genetic alteration are spreading on the Facebook Inc.-owned messaging service WhatsApp. Many of them twist and amplify arguments made by U.S. politicians and also Michael Yeadon, a former Pfizer Inc. scientist and a Covid-vaccine skeptic who’s become an icon for anti-vaxxers.

Other popular conspiracy theories being peddled on social platforms across the region include one that says microchips in Covid-19 vaccines are used to collect biometric data.

The resistance is turning out to be a challenge for governments keen to get as much as 80% of their populations protected against the deadly pathogen. Almost all countries in Southeast Asia are struggling with a perfect storm: outbreaks driven by more transmissible variants; lagging inoculation because of shortages after rich nations snapped up stock; and, global isolation. In Bloomberg’s Covid Resilience Ranking, which tracks how well the world’s biggest 53 economies are handling the crisis, these countries are now in the bottom ten. 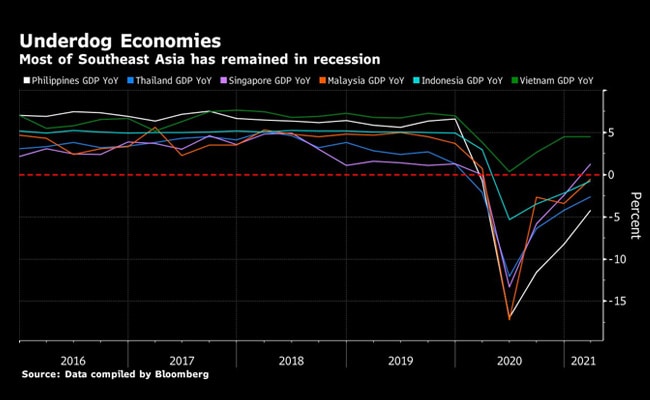 “Without some semblance of herd resiliency to the coronavirus, large countries and small will have difficulty in accommodating the free flow of international travelers, which is important not only for the travel and hospitality industries, but for business and international investment,” said Steve Cochrane, chief APAC economist at Moody’s Analytics.

In February, Malaysia’s Science Minister Khairy Jamaluddin had to reassure the public about the safety of vaccines, saying they don’t have microchips. He also rubbished claims that they are part of an Illuminati agenda to establish a new world order, according to a report by the Straits Times.

Even in Singapore, which has largely contained the spread of the virus, the young and educated succumb to fake news, said Leong Hoe Nam, an infectious disease physician at Singapore’s Mount Elizabeth Novena Hospital.

“Some of the stories get amplified more, but the reasons are pretty much the same,” he said.

In late May, an open letter by a dozen Singapore doctors questioning the safety of mRNA vaccines, including a claim that the shots would change one’s DNA, was circulated on WhatsApp. That elicited a swift rebuke from the city-state’s health ministry, which issued a press release saying all but one of the medical professionals “have since retracted their statement.” 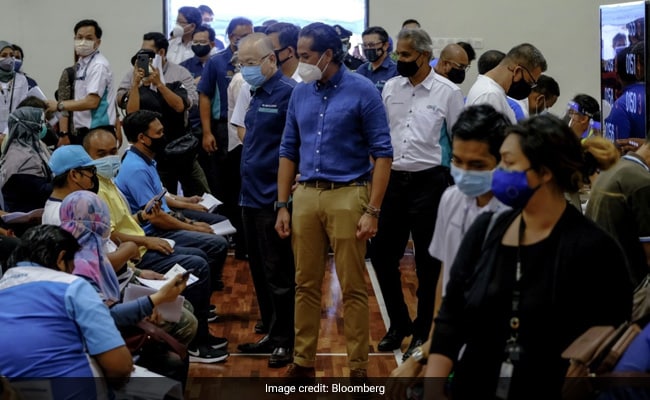 “Western narratives that have previously been debunked are often circulated alongside hyper-localised narratives,” she said. “This is compounded by a lack of media literacy on the part of a vast majority who rely solely on these groups and online communities for information.”

There’s another major reason for hesitancy. With wealthier Western nations getting the lion’s share of the super-effective mRNA shots, poorer countries are having to contend with limited supplies and fewer available brands, exacerbating the problem. When a country offers a choice of only one vaccine, many people want to wait until they can get a higher-efficacy shot.

In Thailand, some are refusing vaccines from China’s Sinovac Biotech Ltd. and the U.K.’s AstraZeneca Plc. In the Philippines, nearly 50% in a survey earlier this year said they trust U.S.-made shots the most, but the nation’s vaccine program has relied primarily on Sinovac. Philippine President Rodrigo Duterte has threatened to jail those who refuse vaccines.

Others are taking a quirkier approach to encourage vaccinations. A district in northern Thailand started raffling off cows in mid-June as an incentive. In rural Indonesia, vaccinated residents got free chickens, while a city in the Philippines is giving away a house.

Educating vaccine recipients and even medical practitioners is the best tool to fight hesitancy, said Leong.

“The biggest weapon the Covid-19 virus has against humans is one, vaccine hesitancy, and two, the lack of a coordinated worldwide response,” he said. “And in these two, human beings have failed miserably and the virus is winning incredibly.”