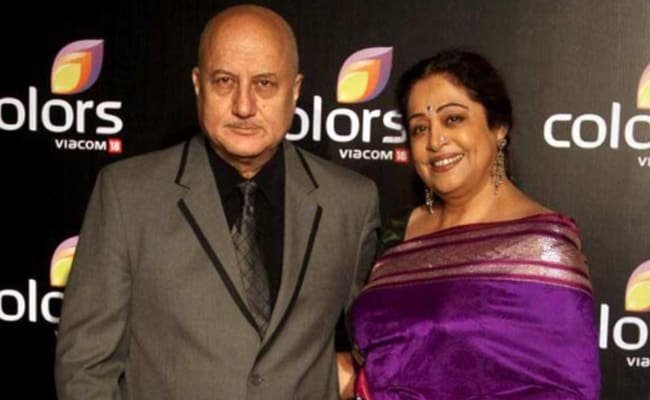 Anupam Kher went live on Instagram after a long time this week and while interacting with his fans, shared an update on his wife and politician Kirron Kher’s health. Kirron Kher, 65, is currently battling multiple myeloma, a type of blood cancer. After many users asked Anupam Kher, 66, during the live session to share some details about Kirron Kher’s health, the actor said: “Kirron is improving. She is better but the medicines of multiple myeloma have many side effects. She is in good spirits and hopefully she will come out of it. With prayers from her well-wishers, everything will be fine.”

Here’s the video where Anupam Kher’s shared an update about his wife’s health:

Anupam and Kirron Kher got married in 1985. She was previously married to businessman Gautam Berry, with whom she has a son – actor Sikander Kher. Kirron raised Sikander with Anupam Kher.

Kirron Kher, who has featured in films like Pestonjee, Main Hoon Na and Hum Tum, ventured into politics in 2014, when she joined the Bharatiya Janata Party (BJP).

“Gifted Perfumes To PM, If He Doesn’t Use…”: Congress’ Assam Ally...