Anushka Sharma, who turned a year older on Saturday, didn’t celebrate her birthday amid the rising cases of Covid-19 in India 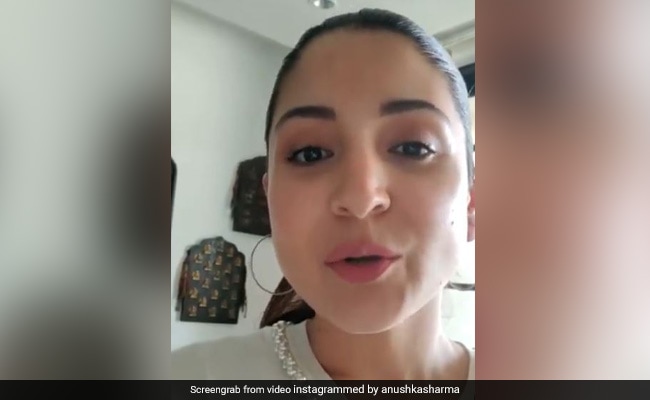 Addressing her fans, Anushka then acknowledged all their birthday-special messages. The Jab Tak Hai Jaan actress added that she has an “important message” for them. Anushka appealed to everyone to “unite and support India in this hour of crisis” as the Covid-19 cases continue to rise in the nation. “I would like to appeal to everyone to unite and support our country in this hour of crisis. Virat and I are coming together to do our bit. We will share the details soon so that you can also become part of this movement,” she said in the clip.

“Remember we are all in this together. Guys, please stay safe and take care of yourself. Thank you,” Anushka concluded the video.

Anushka Sharma hasn’t shared any birthday-special post on her Instagram handle since yesterday. Sonam Kapoor and Kareena Kapoor had wished Anushka a happy birthday on social media. Both Sonam and Kareena called her a “trailblazer” in their respective Instagram stories. Sonam, who worked with Anushka in Sanju in 2018, posted a picture with her on the platform. She wrote, “Happy happy birthday, you trailblazer. May every day start with a ‘clean slate’ and be filled with only laughter, joy and love.” Kareena wrote, “Happy birthday to the trailblazing, Anushka Sharma.”

Riteish Deshmukh and Vivek Oberoi also wished Anushka on her birthday. Riteish wrote, “Happy Birthday dear Anushka Sharma – have a great one- stay healthy, stay safe. Be happy. Much love.” Vivek tweeted, “Happy birthday to the brilliant actress, a successful producer and a beautiful mom now…Anushka Sharma. Love the way you inspire people to be positive always! May God bless your adorable family, have a fun-filled birthday!”

Happy birthday to the brilliant actress, a Successful Producer and a beautiful mom now @AnushkaSharma!
Love the way you inspire people to be positive always!
May God bless your adorable family, have a fun-filled birthday!

In terms of work, Anushka Sharma appeared last in Kudi Nu Nachne De song from Irrfan Khan’s film Angrezi Medium in 2020. Her latest film in the leading role is Zero, which was released in 2018. The movie also featured Shah Rukh Khan and Katrina Kaif.

Anushka has produced films like NH10, Phillauri and Pari under the banner of her own production house Clean Slate Filmz. The actress has also produced Amazon Prime Video’s Paatal Lok and Netflix’s Bulbbul. She is now producing the two of Netflix’s upcoming projects Mai and Qala.

Actress Anushka Sharma married Virat Kohli, the captain of the Indian Cricket Team in 2017. The couple welcomed their daughter Vamika in January this year.

Meanwhile, India is witnessing a massive surge of Covid-19 cases amid the second wave of the pandemic every day. On Saturday, a total of 4.01 lakh Covid-19 cases were recorded in the country and 2,15,542 people have died so far.