Shahid Kapoor, is that you? 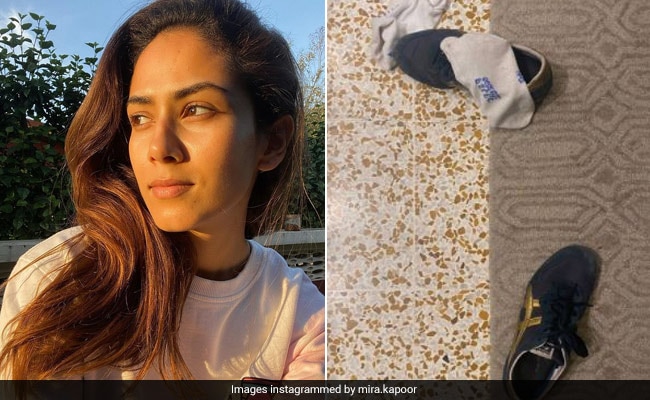 Shahid Kapoor’s wife Mira Rajput, who is an avid social media user, frequently treats her Instafam to glimpses of her married life. Mira’s latest post is the latest addition to her married life diaries. On Saturday, Mira posted a hilarious Instagram story that features…umm, not Shahid, but a pair of shoes and socks lying around on the carpet in a room. The shoes and socks presumably belong to Shahid. Without revealing if her husband is behind it, Mira wrote, “Are all men like this?” We wonder what Shahid has to say about her post. 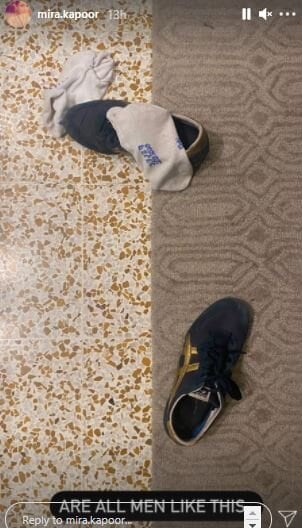 Meanwhile, Mira posted a throwback picture of herself from her childhood days on Instagram. The picture also features her sisters Priya Rajput and Noorjehan Rajput. Mira, as a little girl, can be seen flashing a cute smile in the frame. She wrote, “Memories give us shelter in the fog of the uncertain future #sisterhood.”

Coming back to Mira Rajput and Shahid Kapoor, the couple frequently features on each other’s Instagram handles. Take a look at their posts here:

Shahid Kapoor married Mira Rajput in 2015. The couple has two children, Misha Kapoor and Zain Kapoor. Mira and Shahid welcomed Misha, their daughter in 2016. Zain was born in 2018.

In terms of work, Shahid Kapoor will next be seen in the upcoming sports drama Jersey, a Hindi remake of the 2019 Telugu movie with the same name. Shahid will play the role of a cricketer in Jersey. Mrunal Thakur will play his love interest in the film. His father and actor Pankaj Kapoor will play the role of his coach. Shahid’s Jersey is scheduled to be released on November 5 this year on the occasion of Diwali.

First Will Smith, Now Mark Wahlberg: The Rise Of The ‘Dad...