A new Canadian record was set this week in Lytton, British Columbia, where the temperature reached 121 degrees Fahrenheit (49.5 degrees Celsius). 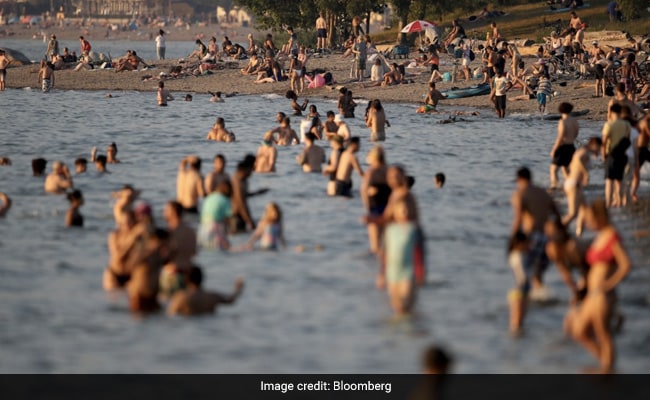 Temperatures have been soaring some 25 degrees Celsius above average for this time of the year.


A historic heat wave in western Canada is believed to have led to a sharp spike of deaths in British Columbia, with the toll expected to climb further.

The 486 sudden deaths are nearly triple the 165 that would normally occur in the province over a five-day period, according to the B.C. Coroners Service. The number is preliminary and is expected to rise as more records are entered into the system.

“It is believed likely that the significant increase in deaths reported is attributable to the extreme weather B.C. has experienced and continues to impact many parts of our province,” Chief Coroner Lisa Lapointe said in a statement.

A new Canadian record was set this week in Lytton, British Columbia, where the temperature reached 121 degrees Fahrenheit (49.5 degrees Celsius). The heat has stunned residents in a region accustomed to weather so cool and chilly at this time of the year that June is often referred to as “Juneuary.”

In Vancouver, the province’s biggest city, residents have fled homes without air conditioning for downtown hotels, queuing for hours in long lines to check in. Air conditioners sold out in stores and online, and second-hand portable units, which typically retail new for several hundred dollars, have been listed for as much as C$2,000 ($1,613). Peak power demand beat all-time highs by more than 600 megawatts, roughly equivalent to the capacity of some coal power plants.

Temperatures have been soaring some 25 degrees Celsius above average for this time of the year — a deviation as anomalous as having an ice-forming freeze in late June, according to Tyler Hamilton, a Toronto-based meteorologist for The Weather Network.

Calls to 911 in the province have broken records and emergency responders are being stretched thin, Public Safety Minister Mike Farnworth said at a news conference Wednesday.

“With the reality of climate change, we can’t ignore the possibility of this kind of event happening again in the future,” Farnworth said.

Pegasus Maker Says Millions Sleep Well At Night Due To Such...