It was the third crew sent to the ISS by SpaceX, as part of its multibillion dollar contract with NASA, and the first time the company was reusing a rocket and spacecraft. 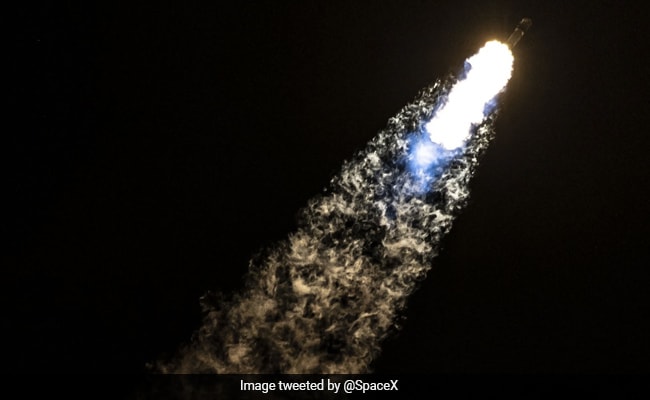 A recycled SpaceX Crew Dragon capsule with four astronauts aboard was speeding on its way to the International Space Station, where the spacecraft is set to dock early Saturday.

It was the third crew sent to the ISS by SpaceX, as part of its multibillion dollar contract with NASA, and the first time the company was reusing a rocket and spacecraft.

The Crew-2 mission, which includes the first European, Thomas Pesquet of France, blasted off from pad 39A at the Kennedy Space Center in Florida before dawn on Friday.

“We’re glad to be back in space,” said mission commander Shane Kimbrough of the United States.

The Crew Dragon capsule, named Endeavour, is expected to dock with the ISS at 5:10 am (0910 GMT) Saturday. The hatch will open two hours after that.

Flying on used vehicles is a key cost-saving goal of NASA’s partnerships with private industry.

Three white Teslas that whisked the astronauts to the launchpad bore license plates reading “recycle,” “reuse,” and “reduce” — a nod to the fact that both the Falcon 9 booster and Endeavour were deployed on previous missions.

SpaceX’s first crewed mission to the ISS launched last May, ending nine years of American reliance on Russian rockets for rides, following the end of the Space Shuttle program.

“I think we’re at the dawn of a new era of space exploration,” said SpaceX founder Elon Musk, who made a surprise appearance at the post-launch press conference.

The arrival of the space quartet — which also includes American Megan McArthur and Japan’s Akikho Hoshide — will bring the number of people on the station to 11, as the Crew-2 team overlaps for a few days with Crew-1 astronauts, in addition to three Russian cosmonauts.

The launch is a major milestone for Europe, which named the mission “Alpha” after the star system Alpha Centauri.

“This is really the golden era for us in terms of exploitation of the International Space Station,” Frank De Winne, head of ISS programs for the European Space Agency (ESA), told AFP.

Germany’s Matthias Maurer and Italy’s Samantha Cristoforetti are set to follow Pesquet on SpaceX missions, this fall and next spring respectively.

The next module of the ISS, built by Russia, should reach the station in July and will include a robotic arm built by ESA that Pesquet will help make operational, added De Winne.

In terms of the environment, by the time Crew-2 returns in fall, it will have taken 1.5 million images of the Earth, documenting phenomena like artificial lighting at night, algal blooms, and the breakup of Antarctic ice shelves.