Defence officials are checking if Landbridge Group, owned by Chinese billionaire Ye Cheng, should be forced to give up its ownership of the port in Darwin, the capital of the Northern Territory, on national security grounds, the newspaper said. 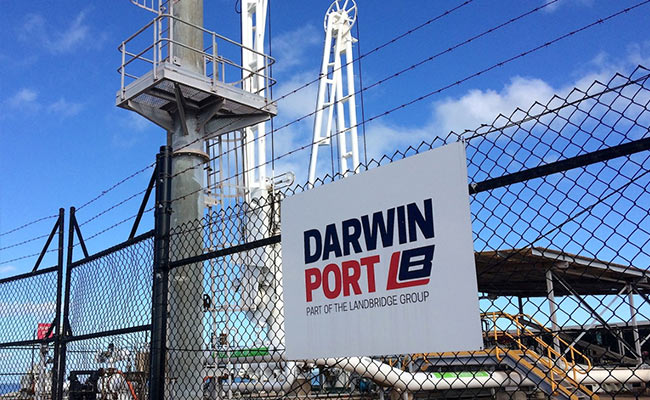 Australia will review the 99-year-lease of a commercial and military port in its north to a Chinese firm, the Sydney Morning Herald reported late on Sunday, a move that could further inflame tensions between Beijing and Canberra.

Defence officials are checking if Landbridge Group, owned by Chinese billionaire Ye Cheng, should be forced to give up its ownership of the port in Darwin, the capital of the Northern Territory, on national security grounds, the newspaper said.

Australia’s national security committee has asked the defence department to “come back with some advice” on the lease and the review is underway, Defence Minister Peter Dutton was quoted as saying in the report.

The defence department, the Australian offices of Landbridge and the Chinese embassy in Canberra did not immediately respond to requests for comment.

Landbridge, which has close ties to the Chinese military according to media reports, won a bidding process in 2015 to operate the port in a deal worth A$506 million ($390 million).

The decision raised eyebrows in the United States as the port is the southern flank of U.S. operations in the Pacific. Australian media reported that then President Barack Obama expressed anger at then Prime Minister Malcolm Turnbull for not having informed him of the deal.

Last week, Prime Minister Scott Morrison said he would act on the port’s ownership if national security concerns were raised.

Australia overhauled its foreign investment laws almost a year ago, giving the government the power to vary or impose new conditions on a deal or force a divestment even after it has been approved by its Foreign Investment and Review Board.

Relations between Australia and China deteriorated after Canberra last year called for an international inquiry into the origins of COVID-19, prompting trade reprisals from Beijing.

Israel Declares State Of emergency In Lod Over “Wide-Scale Riots”