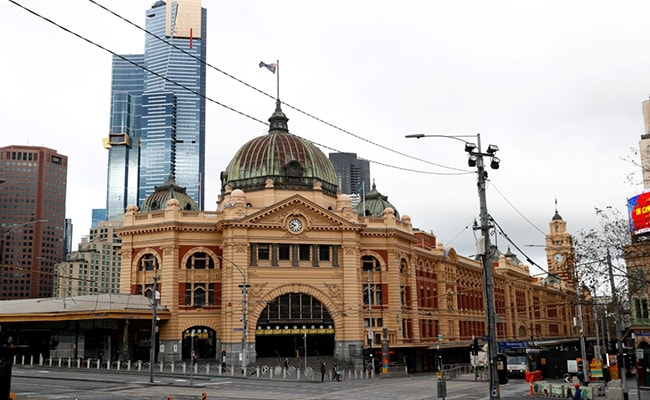 Melbourne will remain under stay-at-home orders for at least another week.

Five million people in Australia’s second-largest city will remain under stay-at-home orders for at least another week after authorities extended a lockdown Wednesday after failing to curb Melbourne’s latest Covid outbreak.

The city entered its sixth pandemic lockdown last Thursday after a fresh Delta variant cluster emerged at a Melbourne school and quickly spread.

Daniel Andrews, the premier of the state of Victoria, said lockdown rules will be extended until at least August 19, after 20 new cases were detected overnight including several “mystery” cases.

“There are too many cases, the origins of which are not clear to us… for us to safely come out of lockdown now,” he said.

In Sydney, more than five million people are enduring their seventh week under stay-at-home orders, currently scheduled to remain until the end of August.

The state of New South Wales recorded 344 new cases Wednesday, taking the total for an outbreak that began in Sydney in mid-June to more than 6,100 cases.

Hundreds of thousands of people outside Sydney — including in Newcastle, Byron Bay and most recently, Dubbo — are in lockdown after cases emerged in recent days.

Authorities are pinning their hopes on a fresh vaccination drive, suggesting some restrictions could be eased if enough people get vaccinated in the coming weeks.

“If we keep the vaccination rate up, we will get to six million jabs by the end of August, which will give us an opportunity to think about what additional freedoms we can give people in September and October,” state premier Gladys Berejiklian said.

Australia won global praise for its successful coronavirus response in the early stages of the pandemic, but in recent months has struggled to contain the highly transmissible Delta variant amid a glacial vaccination rollout.

The nation has recorded more than 37,000 cases of Covid-19 and 941 related deaths to date in a population of 25 million.