“I wish to inform you that… prosecutors have opened an investigation against the head of my office,”Bernhard Bonelli, “and against me”, Kurz told reporters before a cabinet meeting. 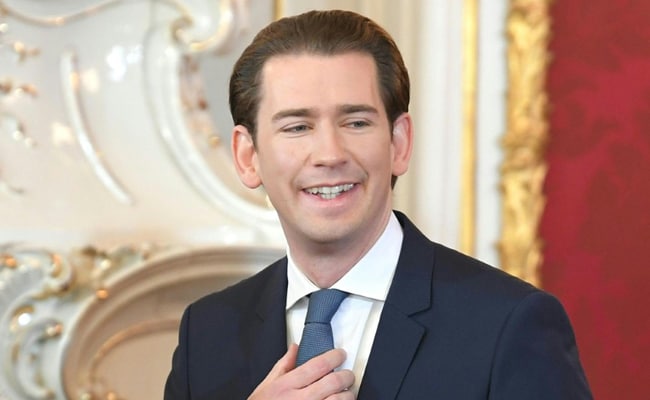 Sebastian Kurz said the investigation would have no impact on his work and that he would not resign.

Austrian Chancellor Sebastian Kurz announced Wednesday that prosecutors had started investigating him after the opposition accused him of making false statements to a parliamentary committee on corruption.

“I wish to inform you that… prosecutors have opened an investigation against the head of my office,” Bernhard Bonelli, “and against me”, Kurz told reporters before a cabinet meeting.

Kurz denied any wrongdoing, saying: “I always answered all (the committee’s) questions truthfully.”

He said the investigation would have no impact on his work and that he would not resign.

The investigation comes after the opposition Social Democrats (SPOe) and NEOS parties accused Kurz of not telling truth in front of the committee of MPs, who are investigating the fallout from the so-called “Ibizagate” scandal that brought down Kurz’s previous government in 2019.

Kurz’s then vice-chancellor Heinz-Christian Strache from the far-right Freedom Party (FPOe) had to resign after a video emerged showing him in a luxury villa in Ibiza offering political favours to a woman he thought was a Russian oligarch’s niece, in exchange for financial support.

The parliamentary committee looking into the scandal has since broadened its focus to include other accusations of wrongdoing, including by politicians from Kurz’s People’s Party (OeVP).

The latest investigation comes as the OeVP’s party financing and other practices have increasingly come under the spotlight.