Focusing on biodiversity, COP15 is less well known than its sister climate summit but deals with issues that are no less vital to the health of the planet, such as fighting pollution, protecting ecosystems and preventing mass extinction. 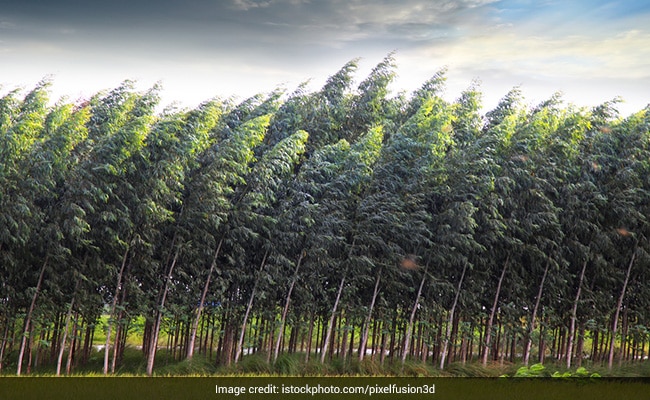 The online session will begin on Monday (Representational)

Just weeks before the crucial COP26 climate conference, another global UN summit — this one tasked with reversing the destruction of nature — officially kicks off next week in Kunming, China.

Focusing on biodiversity, COP15 is less well known than its sister climate summit but deals with issues that are no less vital to the health of the planet, such as fighting pollution, protecting ecosystems and preventing mass extinction.

The online session beginning on Monday will be followed by a face-to-face gathering in late April, where a final pact for nature will be hammered out.

Discussions at the COP15 are grounded in the Convention on Biological Diversity (CBD), a treaty ratified by 195 countries and the European Union — but not the United States, the world’s biggest historical polluter. Parties meet every two years.

The CBD was drafted in 1992 at the Earth Summit in Rio. Its stated goals are to preserve the diversity of species on Earth and set guidelines on how to exploit natural resources sustainably and justly.

This year’s gathering, originally set for 2020, was postponed due to the Covid-19 pandemic.

– Why does nature need protection? –

Plants and animals are disappearing at an accelerating rate due to human activity — habitat encroachment, over-exploitation, pollution, the spread of invasive species and, more recently, climate change.

“About one million animal and plant species out of 8.1 million are threatened with extinction — more than ever before in human history.”

“Our relationship with nature must change,” said Maruma Mrema.

The Covid-19 pandemic, thought to have originated from a virus in wild animals, is a “brutal reminder” of the price we can pay for neglecting or abusing nature, she said.

– What has the CBD achieved? –

At the 2010 biodiversity summit in Aichi, Japan, CBD member states laid out 20 goals to preserve biological diversity and reduce human pressures on the environment, setting a 2020 deadline for achieving them.

None of the objectives was fulfilled by that deadline, and — with a few exceptions — conditions are generally worse today than when the goals were first set.

This year’s negotiations will likely see a new set of targets designed to allow our species to “live in harmony with nature”, with a 2050 deadline and 2030 checkpoints.

The draft text under negotiation, the Framework Biodiversity Convention, provisionally sets 21 “targets” for 2030.

These include according protected status to 30 percent of lands and oceans, a measure supported by a broad coalition of nations, including France and Costa Rica.

Another goal is to halve the use of fertilisers so that less of the nitrogen-rich substance leaches into fresh and ocean waters.

The draft pact also calls for reducing pesticide use by at least two thirds, and for halting the discharge of plastic waste entirely.

Another measure would see subsidies for environmentally harmful industries reduced by “at least $500 billion per year”.

Without money and enforcement, however, these measures risk becoming empty promises, experts warn.

Yes and no. Negotiations under the two conventions unfold on separate tracks and do not intersect. But parties to both treaties are increasingly looking for overlapping solutions.

“They are two intertwined crises and they need to be addressed together.”

These in turn are vital to keep global warming down to levels that are survivable for humanity and other species.

Maruma Mrema says that China’s status as host for the negotiations means the world’s top carbon polluter and most populous nation will be “taking global leadership on the biodiversity agenda”.

A statement known as the Kunming Declaration to be unveiled at the opening next week will set the tone for China’s leadership, said Li Shuo, global policy advisor for Greenpeace China.

“Beijing has the task of rescuing a weak environmental convention from the verge of a reputational collapse,” he said.

“It carries the mission to boost biodiversity protection to the same rank as climate change, a task that has proven beyond its reach so far.”