“Unfounded accusations are being made,” Belarusian foreign ministry spokesman said in a statement, accusing the West of not wanting to be objective and threatening to slap new sanctions on Belarus. 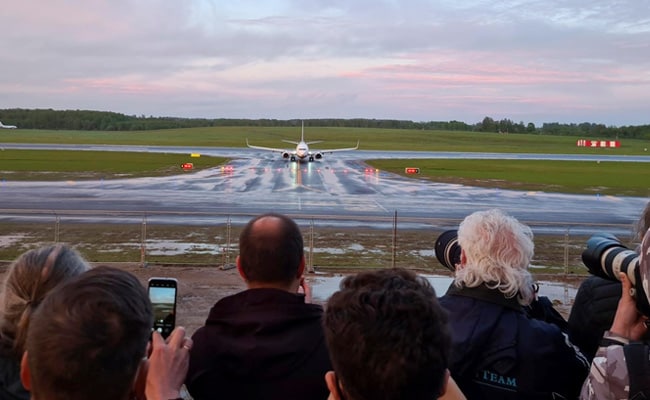 Belarus authorities said the plane had to make an emergency landing in Minsk.

Authorities in Belarus on Monday insisted they acted legally when they diverted a passenger plane carrying an opposition activist, accusing the West of making unfounded claims for political reasons.

The government of strongman Alexander Lukashenko provoked global fury on Sunday by pulling Ryanair flight FR4978 from its Athens-to-Vilnius route and arresting one of the passengers, opposition journalist and blogger Roman Protasevich, in Minsk.

Western leaders called it an “act of state terrorism” and the EU is expected to toughen sanctions against Belarus on Monday.

Ireland described the forced diversion of the flight operated by an Irish airline as a state-sponsored act of “aviation piracy”.

“There is no doubt that the actions of our competent authorities… fully met established international rules,” Belarusian foreign ministry spokesman Anatoly Glaz said, accusing the West of “politicising” the situation.

“Unfounded accusations are being made,” he said in a statement, accusing the West of not wanting to be objective and threatening to slap new sanctions on Belarus.

Glaz said it was “sad” that the passengers of the Ryanair flight “faced some inconvenience”.

“However the rules of aviation security are an absolute priority,” he added.

Belarus authorities said the plane had to make an emergency landing in Minsk following a bomb scare that turned out to be false.

Belarus state media has defended the use of a MiG-29 jet to divert the passenger plane, claiming authorities had no other choice.

Protasevich, 26, is a Belarusian journalist and activist.

Together with co-founder Stepan Putilo he until recently ran the Nexta telegram channel that galvanised and directed huge protests against Lukashenko’s disputed re-election to a sixth term in August 2020.

Last year, Protasevich and Putilo were accused by Belarusian authorities of a number of crimes including organising mass riots. Protasevich left the Nexta project last year.