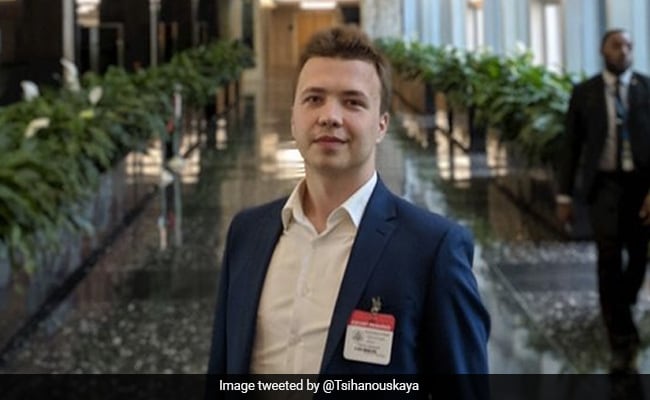 
European Union leaders will discuss toughening their sanctions regime against Belarus on Monday at their planned summit, after Minsk diverted a passenger flight and arrested an opposition activist.

European Council president Charles Michel said: “I condemn in the strongest possible terms the forced landing of a Ryanair flight in Minsk, Belarus, on 23 May 2021 and the reported detention by Belarusian authorities of journalist Raman Protasevich.

“I call on Belarus authorities to immediately release the detained passenger and to fully guarantee his rights. EU leaders will discuss this unprecedented incident tomorrow during the European Council. The incident will not remain without consequences.”

Brussels decided in February to extend until 28 February 2022 the sanctions imposed on President Alexander Lukashenko and regime insiders involved in the crackdown on protests against Belarus’ 2020 presidential election.

Earlier this month, EU foreign policy chief Josep Borrell warned that these measures could again be tightened, if EU member states could agree, and on Sunday many reacted with fury to Belarus’ decision to divert the jet.

The plane, a Ryanair flight from Greece to Lithuania, has been allowed to continue to Vilnius, but Belarusian opposition activist Roman Protasevich is reported to have been taken off in Minsk and detained.

Monday’s EU summit in Brussels was pre-planned, but Michel’s spokesman Barend Leyts confirmed that the Belarus question would come up and “that possible sanctions will be discussed at this occasion”.