As 2022 draws to an end, a fresh surge in Covid cases in China has brought back grim memories, and the world has its fingers crossed for 2023. 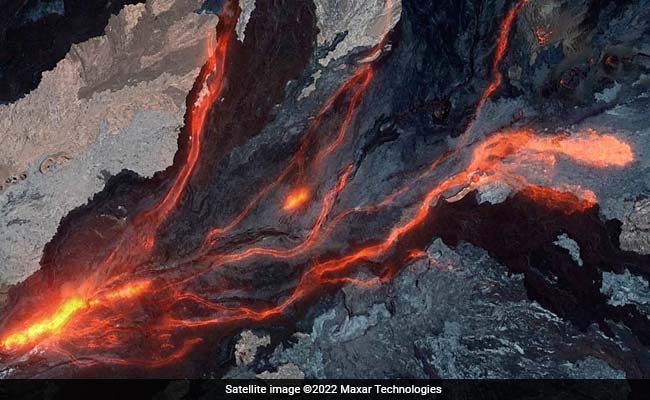 The year 2022 soon draws to a close after being marked by extraordinary upheaval caused by war in Ukraine, the impacts of climate change and pressures of rising inflation.

Towering figures like Queen Elizabeth II and Mikhail Gorbachev as well as film icons such as actor Jean-Luc Godard were among notable deaths.

It was also a year where Elon Musk’s chaotic Twitter takeover pushed the phrase “blue tick” into headlines and UK prime minister Liz Truss’s tenure was measured by the shelf-life of a head of lettuce.

Here are a series of satellite images that capture the top events of the year: 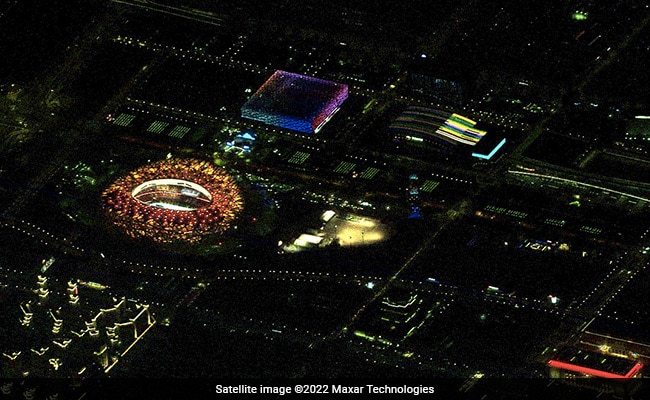 The opening ceremony of the Winter Olympics at China’s Beijing that were held in February. 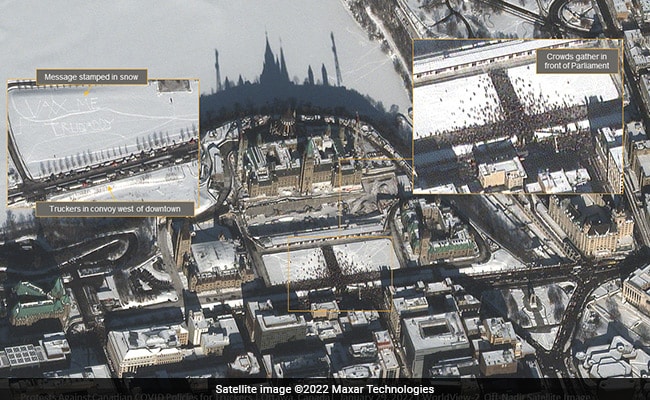 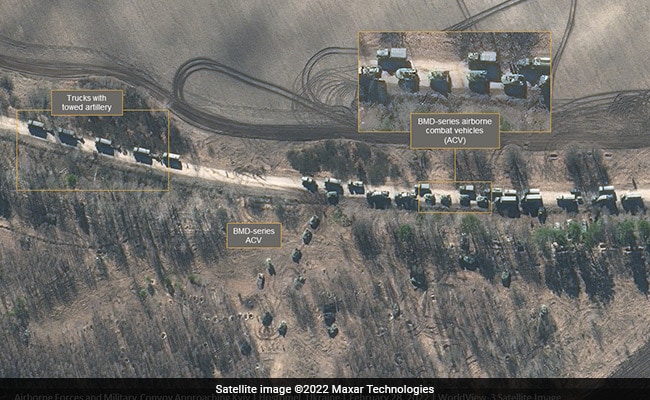 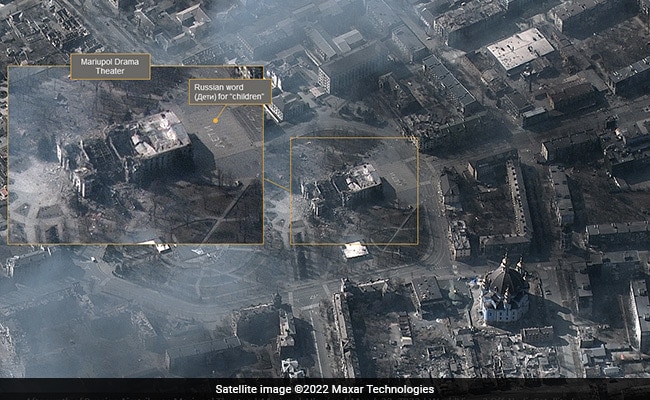 The theatre in Ukraine’s Mariupol which Kyiv claims was bombed by Russia. At least 300 people died in the attack. 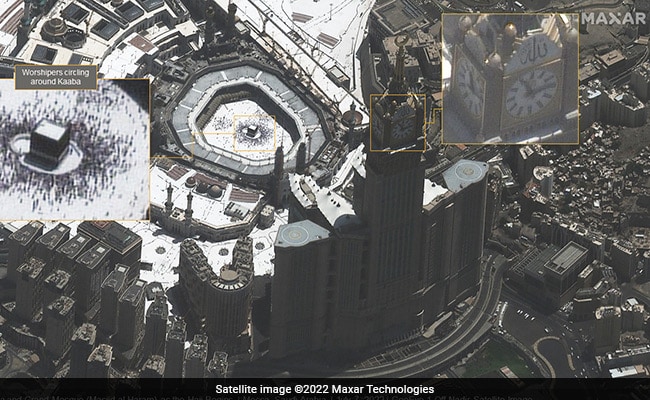 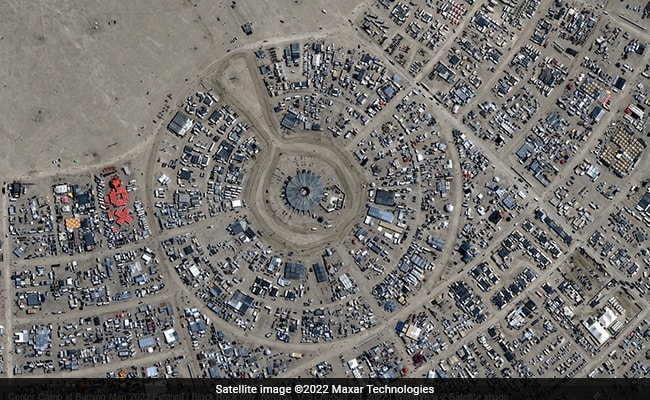 The Burning Man Festival that was held in the Black Rock Desert in Northern Nevada. 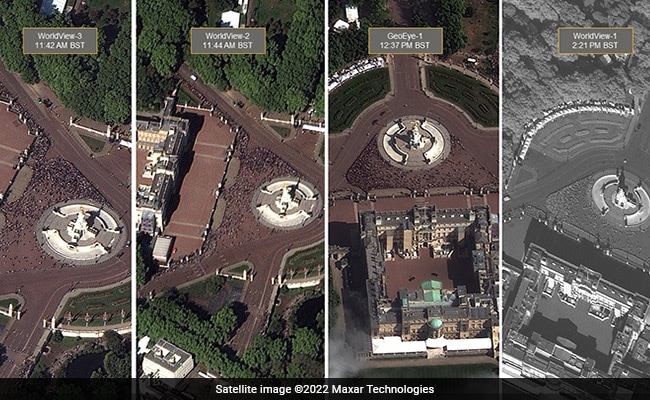 Thousands gathered in London streets to pay their respects to Queen Elizabeth. 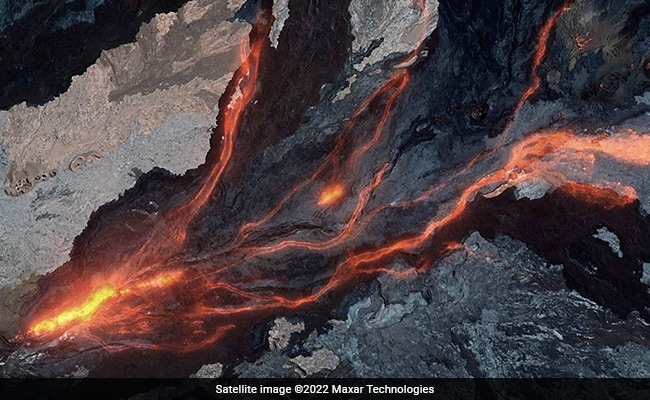 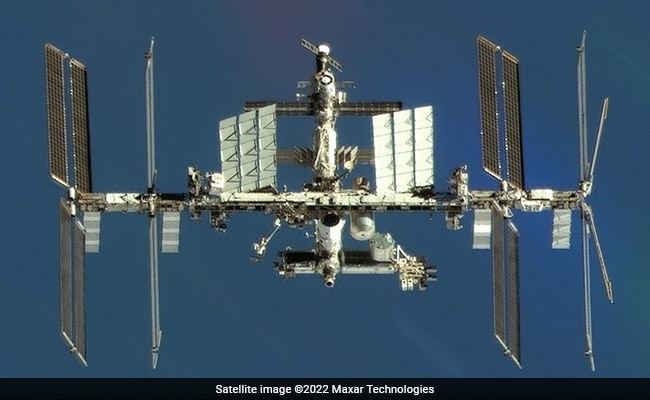 A shot of the International Space Station, taken from space. 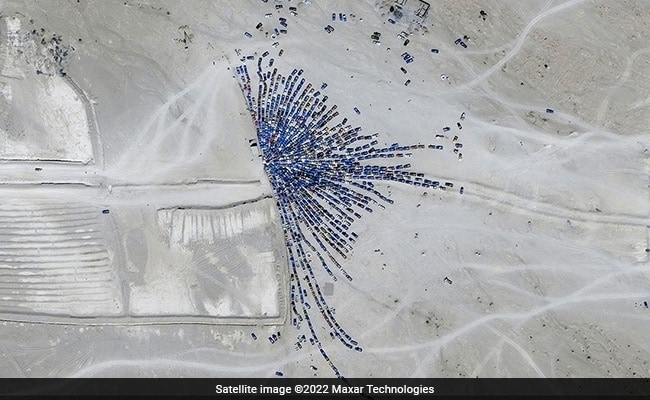 Trucks waiting at the Pakistan-Iran border.

As 2022 draws to an end, a fresh surge in Covid cases in China has brought back grim memories, and the world has its fingers crossed for 2023.