Bihar’s decison came after Moderna told the Punjab government that their policy was to deal with the Government of India and not with any state government or private parties. 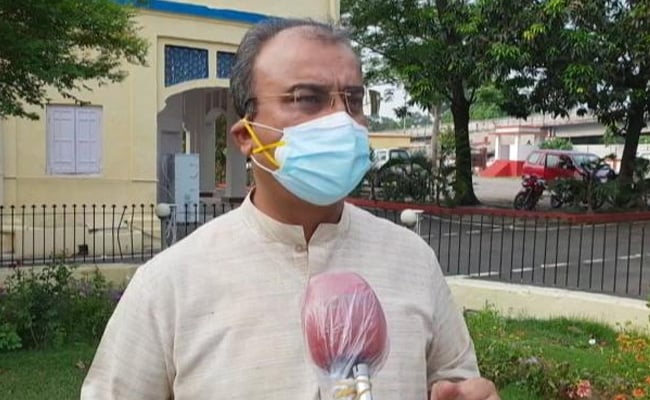 “See how other states floated global tenders and what the results were,” Bihar Health Minister said.


Many states have floated global tenders for vaccines as doses for the 18 to 44 age group fall short, but Bihar, ruled by BJP ally Nitish Kumar, has decided against it.

“See how other states floated global tenders and what the results were,” Mr Pandey told NDTV, when asked why Bihar had not floated any global tenders to buy vaccines directly.

“We received 1 crore 1 lakh vaccines. 98 lakh people have been vaccinated till Sunday,” the minister said.

BJP-ruled Madhya Pradesh has reportedly also decided not to take that route, according to sources.

Several states announced they would try to buy vaccines directly from international manufacturers after the lack of doses slowed down or halted vaccinations that were opened to all adults on May 1.

So far, that process has not produced any results.

Vaccine-makers Pfizer and Moderna have said as a matter of policy they will deal with the centre instead of states.

Moderna told the Punjab government that their policy was to deal with the Government of India and not with any state government or private parties.

The Punjab government had approached for Sputnik V, Pfizer, Moderna and Johnson and Johnson, but only Moderna responded, that too in the negative.

Tamil Nadu and Andhra Pradesh have also floated tenders, but the response to Punjab’s attempts indicates it is largely a symbolic and fruitless move.

Others like Uttar Pradesh, Maharashtra, Karnataka and Telangana have also opted for global tenders.

Delhi Chief Minister Arvind Kejriwal wrote to Prime Minister Narendra Modi that instead of leaving it to states, the Centre should import COVID-19 vaccines at a national level.

The Centre’s new policy allows states and private hospitals to buy vaccines directly from manufacturers, who, however, say they will prioritise the central government and do not have the resources to meet the current nationwide demand.

India has been using Serum Institute of India’s Covishield and Bharat Biotech’s Covaxin so far in the vaccination drive that began in January. Russia’s Sputnik V will be the third vaccine to be used.