Chandana Bauri, 30, defeated Sontosh Kumar Mondal of Trinamool Congress by a margin of more than 4,000 votes 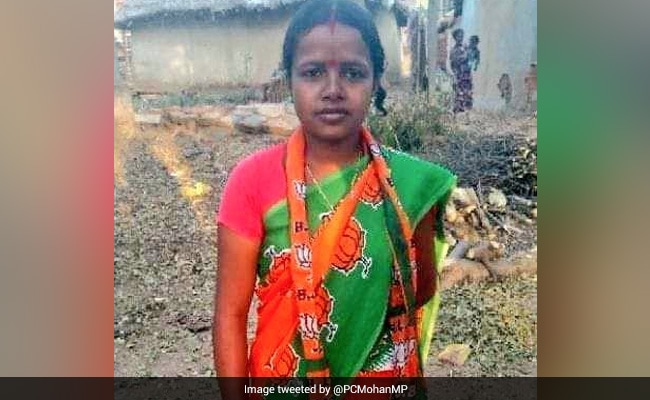 BJP fielded Chandana Bauri, 30, from the Saltora constituency in Bengal.


Congratulatory tweets are pouring in for BJP’s Chandana Bauri, the wife of a daily wage earner, who  has won from the Saltora constituency in West Bengal. Chandana Bauri, 30, defeated Sontosh Kumar Mondal of Trinamool Congress by a margin of more than 4,000 votes. The win — as many pointed out on Twitter – was made more inspiring by her humble beginnings.

According to her election affidavit, Ms Bauri, a mother of three, owns assets worth just Rs 31,985, while her husband’s assets amount to Rs 30,311. Ms Bauri’s husband is a daily wager who works as a mason. The couple owns three goats and three cows.

“Before the tickets were announced I had no idea that I would be selected as a candidate in the legislative assembly polls. Many people encouraged me to apply for a nomination online, but I did not think I would be able to achieve this feat,” she had told news agency ANI in March.

On Twitter, news of Chandana Bauri’s win delighted supporters. One Twitter user celebrated the victory of a “common woman” with no political connections

Show her.. victory of this common woman.. chandana bauri Saltora seat.. a woman with no political background, Money power ????

“Congratulations on a splendid & inspiring victory,” another wrote.

Many on the microblogging platform hailed her story as inspiring as they congratulated her. Take a look at some of the reactions:

#Chandana Bauri Is Leading and will Declared Winner within Hours She Is Daily wager @doctorrichabjp Ji https://t.co/3auYYqYb3x

Chandana Bouri from Saltora constituency has won by 4145 votes!
Remember-her total worth is ₹31,985 with three goats, three cows and one hut. pic.twitter.com/1pTVxauY7D

Chandana Bouri from Saltora constituency has won by 4145 votes…. pic.twitter.com/LjbelrOBSw

Saltora was won by the Trinamool’s Swapan Barui the last two times. This time, TMC had fielded Sontosh Kumar Mondal from the seat.

Mamata Banerjee’s Trinamool Congress is leading in 216 of Bengal’s 294 seats and the BJP looks set to finish below the 100-mark.