During the outreach by the consulate and the Indian-American community, most Aldermen had no background knowledge on any issues mentioned in the resolution. 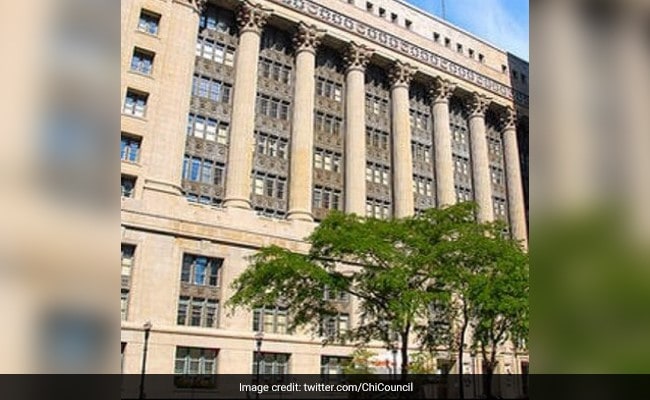 The resolution was rejected by a 26-18 vote.

The Chicago City Council, one of the most powerful city councils in the US after New York, has voted against a resolution critical of India’s Citizenship (Amendment) Act and the human rights situation in the country.

“Many members of the council felt uncomfortable (in voting in favour of the resolution) because we don’t know the ins and out of what’s going on thereon the ground in India,” Chicago Mayor Lori Lightfoot told reporters on Wednesday.

The resolution was rejected by a 26-18 vote.

According to the CAA, members of non-Muslim communities who have come to India from Pakistan, Bangladesh and Afghanistan till December 31, 2014, and facing religious persecution there will not be treated as illegal immigrants, and be given Indian citizenship.

Lori Lightfoot said it is for the federal Biden administration to make comments or pass a judgement on such issues and not for the local city governments.

“What you saw was reluctance on the part of the city council to weigh in on an issue so far away that many did not feel that they had enough information,” she said in response to a question, adding that there are so many pressing issues in the city of Chicago.

“What I say sitting here as the mayor of Chicago is I’m not going to get ahead of the Biden administration,” she said.

Alderman Raymond A Lopez described the resolution as divisive. “I am not in support of this item. This is a very divisive issue.”

“My office was reached by thousands of people communicating with us overwhelmingly in opposition to this resolution. The Consul General of India has reached out to me. That is how much it impacts the broader community and broader discussion. I ask my colleagues to vote ”No” in this item,” Lopez said.

Ahead of the resolution, the Indian Consulate in Chicago is also believed to have reached out to the mayor and all 50 Aldermen of the Chicago City Council.

Alderman George A Cardenas asked if India is being debated in the City Council of Chicago, why not the Chinese Uighur cleansing.

“Why not on Israel-Palestine conflict? How about Boko Haram and Nigeria and exploitation of women? If we go on like this there are many global issues. We have many pressing issues here at home that need our attention. We are to unite communities,” he said.

Alderman David M Moore said there is not enough information for him on this issue.

Alderman Jason Ervin said, “As a city, we must focus our energies on challenges and problems that we have here… Majority of constituents (Indian community in Ward 28) are not in support of this resolution. I think we have more than enough work in the city of Chicago – to talk about oppression, to talk about racism, to talk about other issues that impact the members of the community.”

“People have the right to propose any type of resolution, they wish, but unfortunately we cannot support (it),” Ervin said.

Dr. Barai, who along with several Indian-Americans had organised a campaign against the anti-CAA resolution, alleged that the Council on American Islamic Relations (CAIR) was behind the efforts to pass the resolution that was sponsored by Alderman Maria Hadden.

The role of CAIR needs to be further examined, he demanded.

Hadden said her resolution was based on the feedback from her South Asian constituents.

“Here we strive and we don’t always hit the mark on our values. We”ve gone through several recent years of really missing the mark when it comes to freedom of religious expression; we”ve gone through a pretty fraught time very recently,” she said.

Hadden argued that the purpose of the resolution is to hold a fellow democracy accountable.

“That’s really the spirit of why we should be connecting on similar issues in our sister countries,” she said.

During the outreach by the consulate and the Indian-American community, most Aldermen had no background knowledge on any issues mentioned in the resolution.

“We consistently reached out to all the 50 aldermen. We expressed our views against the decisive agenda of the resolution,” said community leader Amitabh Mittal.

“CAIR should stay away from India’s internal politics,” he said.

There was a wide acknowledgement that this was not a matter for the city council to get involved in. During the vote on the resolution, several aldermen of the council also voiced opposition to such measures.