The hidden debt is comprised of funds raised by government-related entities for infrastructure and other public projects, and carry an implicit official guarantee of repayment. 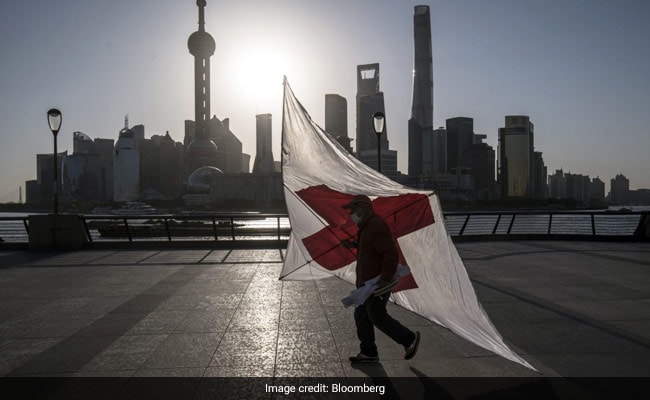 
China’s local governments had 14.8 trillion yuan ($2.3 trillion) of hidden debt last year, and the figure could climb even further this year, according to a government-linked think tank.

Local governments were under pressure to increase infrastructure investments and shore up growth through the pandemic, leading to a 6% rise in off-budget borrowing from a recent low of 13.9 billion yuan in the third quarter of 2019, according to Liu Lei, a senior researcher at the National Institution for Finance and Development.

The hidden debt is comprised of funds raised by government-related entities for infrastructure and other public projects, and carry an implicit official guarantee of repayment. Bonds sold by local government financing vehicles, or LGFVs, are one such example of how provincial authorities raise money to increase spending without including it on their official balance sheets. 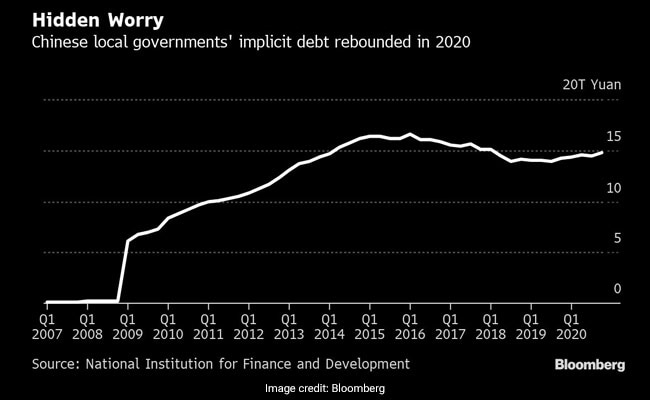 China has vowed to stabilize its macro leverage ratio and lower the government debt ratio this year to rein in risks. This could be hard to achieve as on-budget spending is not sufficient to cover the investment needed to drive the economy’s targeted growth by 2035, said Liu, whose organization is under the influential state-run Chinese Academy of Social Sciences and advises the government.

“Local governments will find ways to increase hidden debt because they are under pressure to expand investment,” said Liu in an interview. “In the longer term, the economy still faces lots of headwinds including an uncertain external environment and an aging population.”

China does not have an official account of local governments’ hidden debt, as it’s technically against the law. Estimates by different institutions could vary significantly.

Liu’s calculation includes bonds issued by LGFVs and borrowing by government-linked trust funds, insurers and other investment firms. It does not take into account bank loans to LGFVs, which may be used on commercial projects instead of public welfare projects.

The hidden debt could have led to over 700 billion yuan a year in extra interest payments, as such borrowing is more costly to service than government bonds, he said. It also creates risks for the stability of China’s financial system, as the debt has been bought by all kinds of financial institutions, including banks, brokerages and trust funds, Liu added.

The rise last year came after debt declined from a peak of 16.6 trillion yuan in 2016, as authorities transformed some of the borrowing into government bonds and moved them onto official balance sheets.