The event, held under tight security and not broadcast live on television, comes before the July 1 centenary of the party that has shaped the modern history of China, guiding the country from war-torn to superpower status. 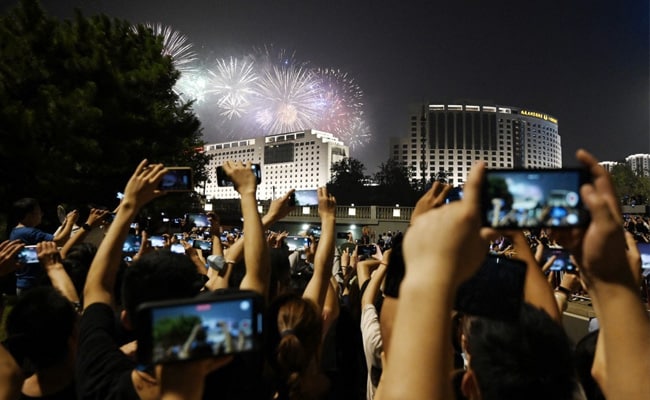 A special dedication was given to China’s “defeat” of Covid-19, with performers in PPE.

President Xi Jinping led the applause at Beijing’s Bird’s Nest stadium late Monday for a spectacular celebration of Communist Party history, with China’s rebound from the coronavirus given special treatment.

The event, held under tight security and not broadcast live on television, comes before the July 1 centenary of the party that has shaped the modern history of China, guiding the country from war-torn to superpower status.

The extravagant show — replete with tightly choreographed set-pieces of Communist history, big-screen dedications to key leaders from Mao Zedong to Xi, 100 trumpets and a greeting from a group of Chinese astronauts currently in space — omitted uncomfortable chapters of China’s turbulent recent history.

Those include famine, the purges of the Cultural Revolution and the crackdown on student protesters in Tiananmen Square and pro-democracy rebellion in Hong Kong.

Instead, performers triumphantly punched fists in the air, danced and gave a theatrical retelling of party highlights — from the foundation of the party in a Shanghai house in 1921 to Mao’s Long March.

A special dedication was given to China’s “defeat” of Covid-19, with performers in PPE and soldiers wearing masks.

Xi has carefully reframed the pandemic, which emerged in the central Chinese city of Wuhan, as a victory for party organisation and Chinese resilience under his watch.

The virus has been virtually squashed within China’s tightly-controlled borders, and the economy is on the rebound.

That contrasts with the rolling lockdowns, high death rates and economic ruin that have roiled swathes of the world since the outbreak.

Fireworks, typically banned in China’s capital city, boomed overhead, as thousands crowded for a view outside the venue — which was constructed for the Beijing Olympics in 2008.

On Tuesday, Xi will award medals to Party faithful and is expected to deliver a speech reinforcing the message that the party he heads represents economic growth and continuity.

Dissenting views are quickly squashed in China by a state apparatus that tightly controls information, particularly over the internet.