Feng Tay will suspend its Indian factories for 10 working days to keep its employees safe, the Nike-supplier told the Taiwan stock exchange Wednesday. 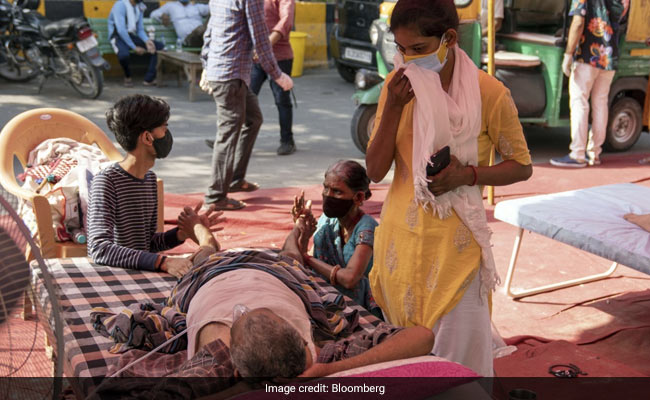 Some companies in India are offering unusual assistance to employees.


Some companies in India are temporarily halting business or offering unusual assistance to employees as a devastating wave of the coronavirus sickens and kills hundreds of thousands.

Feng Tay will suspend its Indian factories for 10 working days to keep its employees safe, the Nike-supplier told the Taiwan stock exchange Wednesday. It follows firms including Honda Motor Co. and Suzuki Motor Corp. that have announced similar decisions in recent days.

Developer Godrej Properties Ltd. extended a long weekend by three days to offer its employees time “to heal.” The Lodha Group — one of India’s biggest property companies — will pay 12 months salary to the family of any of its associates who dies of Covid while in the service of the firm. Borosil Ltd. will pay two years worth of pay and support the education of the deceased’s children until they graduate.

The management of several Indian companies had initially opposed lockdowns, which would hurt output and profits. However, the scale of the destruction and a severe shortage of vaccines forced a shift, when the Confederation of Indian Industry in early May urged authorities to curtail economic activity to save lives.

Uday Kotak, president of the CII and chief executive officer of Kotak Mahindra Bank, said his company lost 17 employees in the year through March 31, while it lost an equal number in April alone. Critical services like the Reserve Bank of India have put some 250 staff into a bubble to ensure continuity.

Meanwhile, other companies like Reliance Industries Ltd. are diverting oxygen from industrial to medical purposes. After federal and state governments were criticized by high courts for mismanagement and under-reporting of numbers, the Supreme Court earlier this month asked Prime Minister Narendra Modi’s administration to come up with a national policy for oxygen distribution.

“The reigning emotion is desperation. The desperation of watching your loved one’s oxygen levels fall. The desperation of making hundreds of phone calls for a hospital bed that doesn’t exist,” Aarti Sethi, a social anthropologist at the University of California, Berkeley, said in an emailed statement. “This is being described as a situation in which the system has collapsed. We should be very clear: The central government has collapsed – it has failed in its responsibilities to the people.”

On Camera, Man Set On Fire In Hospital By Attacker Who...