Today’s shahi snan, the last of four, was held after Prime Minister Narendra Modi’s appeal on April 18 to keep the Kumbh a “symbolic” affair and help protect people 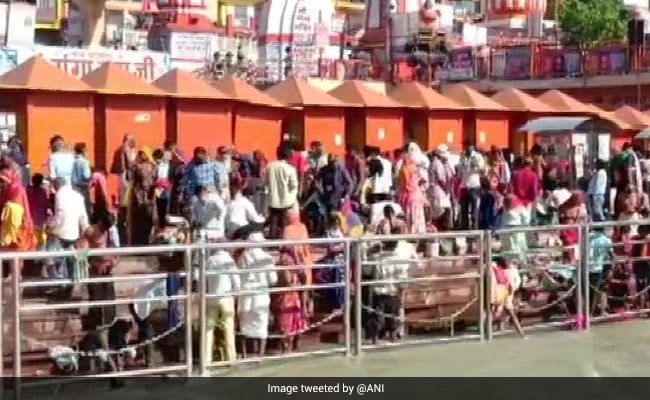 A curfew has been ordered in Uttarakhand’s Haridwar from Wednesday – a day after the final shahi snan (royal bath) of a mega Kumbh that has seen tens of thousands of devotees defy Covid protocol even as India fights a virus that has killed over 17,000 people in the past week alone.

Only essential services will be allowed during the curfew hours, which will be enforced in the urban areas of Haridwar, Roorkee, Laksar and Bhagwanpur, the Haridwar District Magistrate said.

Today’s shahi snan, the last of four, was held after Prime Minister Narendra Modi’s appeal on April 18 to keep the Kumbh a “symbolic” affair and help protect people from the rampaging virus.

Hours after the appeal Swami Avdheshanand Giri, the head of the Juna akhada, or religious group, said “this is the end of Kumbh” for his collective, and called on others to follow suit.

The twin appeals had mixed results; according to news agency ANI, all through today there were still hundreds of sadhus and devotees lining up for the holy dip, many of whom, again, were without face masks and paid no attention to social distancing requirements.

Uttarakhand on Monday reported over 5,000 new COVID-19 cases – a frighteningly high number for a state that, less than 60 days earlier, had just 58 confirmed cases in 24 hours.

In a space of five days – between April 10 and 15 – after the Kumbh began on April 1, over 2,000 visitors had tested positive. Reports the state would cut short the Kumbh were quickly dismissed.

By April 16, 30 sadhus had contracted the virus and the head of one of the groups – the Maha Nirvani Akhada – died while being treated for a COVID infection at a private hospital in Dehradun.

In response, the Niranjani Akhada – the second-largest of more than 13 such groups – said they would end participation nearly two weeks before the scheduled close, which is April 30. 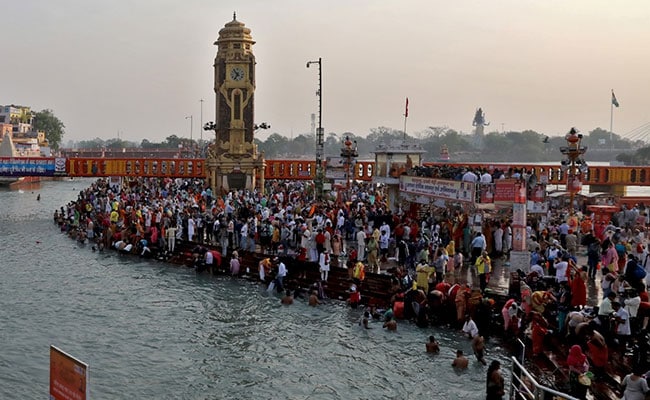 The decision to hold the Kumbh was criticised by medical experts and worried opposition leaders.

That criticism grew as the virus spread – by April 1 India was reporting over 70,000 cases per day – and experts warned of a potential ‘super-spreader’ event.

The state, however, defended its decision and said Covid guidelines and rules would be followed.

Last week Chief Minister Tirath Singh Rawat triggered controversy after playing down comparisons with the Nizamuddin Markaz event in Delhi, and that those attending were “our people”.

India has reported over three lakh new cases in 24 hours in each of the past six days, as the second wave leaves health systems on its knees. The active caseload is now nearly 29 lakh.