The Markley Fire was started in Northern California’s Solano County on August 18, 2020 near where police found the burned body of 32-year-old missing person Priscilla Castro. 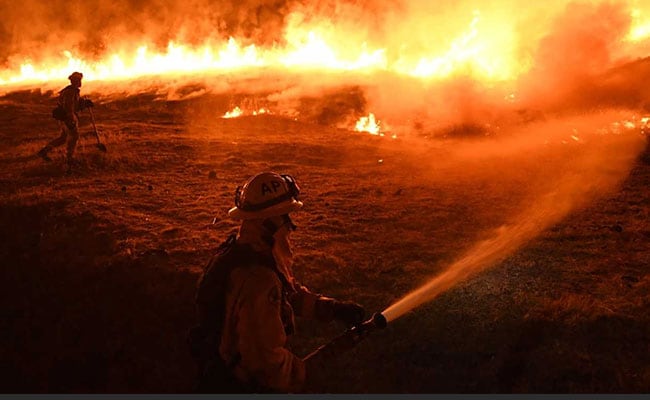 The massive inferno tore through the area north of San Francisco for two months. (File)

A California fire that killed two people last year was intentionally set to cover up a murder, investigators revealed in a press briefing.

The Markley Fire was started in Northern California’s Solano County on August 18, 2020 near where police found the burned body of 32-year-old missing person Priscilla Castro.

Authorities had previously said Castro was reported missing after she went on a date with Victor Serriteno two days before the fire. She was not seen again.

“Based on an extensive, eight-month investigation, we believe Serriteno deliberately set the Markley Fire in an attempt to conceal his crime,” Tom Ferrara, the Solano County Sheriff, said in a briefing Wednesday.

Serriteno, who was arrested in September and accused of killing Castro, now faces additional charges of arson and the murders of both men — 82-year-old Douglas Mai and 64-year old Leon “James” Bone — who died in their homes as a result of the fire.

The Markley Fire later merged with a series of other fires to form the LNU Lightning Complex, one of the largest wildfires in the state’s history, according to the California Department of Forestry and Fire Protection.

The other fires were believed to have been sparked after nearly 11,000 lightning strikes hit the northern part of the state as it endured a historic heatwave

Collectively, the fire complex scorched over 363,000 acres across California’s famed wine country and burned down almost 1,500 structures after forcing the evacuation of tens of thousands of residents.

The massive inferno tore through the area north of San Francisco for two months and killed six people.