“Optimism. A universal religion we can all belong to…” wrote Anand Mahindra while sharing the Coca-Cola ad. 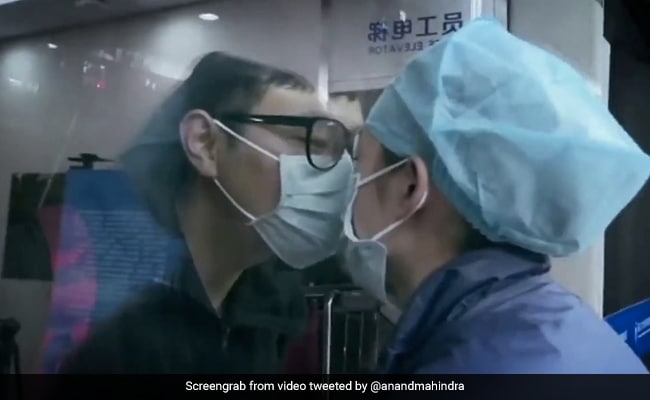 Screengrab from a video shared on Twitter by Anand Mahindra.


Even in the toughest of times, humans manage to find hope. No better way to illustrate this than with a montage of some of the most poignant moments from last year, when people from across the world came together and helped each other amid the coronavirus pandemic. A viral advertisement from Coca-Cola does just that – juxtaposing some of the issues that cropped up as people adjusted to ‘the new normal’ with heartwarming shots that show how the world is overcoming these challenges. The ad was shared on Twitter this morning by industrialist Anand Mahindra, who thanked Coca-Cola for delivering a message of hope and optimism.

Although it was released last year shortly after the pandemic struck, the ad is relevant even today as India battles a ferocious second surge of COVID-19. It shows how the barriers put up by social distancing were brought down with the help of technology, how scare-mongering was challenged by “care-mongering” at every step, and how people rediscovered love and devotion even as they stayed away from loved ones.

The two-minute and 14-second video ends with a message for the “heroes of humanity” – “Thank you for filling the glass with kindness and hope.”

“Optimism. A universal religion we can all belong to… Thank you Coca Cola,” wrote Anand Mahindra while sharing the ad. Watch it below:

Optimism. A universal religion we can all belong to… Thank you Coca Cola pic.twitter.com/IAen8i4tCl

The ad has been viewed more than 15,000 times on the microblogging platform since being posted this morning. Some praised it as “lovely”, while others thanked the soft drink manufacturers for creating the montage. Take a look at some of the reactions it received:

Need of the present moment to remain resolutely positive and help others ????

This made me Cry, Hats off to the composer…Brilliant

The Human Race will survive and Thrive

India is battling a second wave of Covid infections that has overwhelmed hospitals and led to a shortage of oxygen supply. The country has been recording over three lakh cases every day for over a week now.

No Pendency Of Oxygen Concentrators With Customs: Centre