“An estimated 25 percent of all reported SARS-COV-2 sequences nationwide are the Delta variants, and in some regions of the country, nearly one in two sequences is a Delta variant,” Centers for Disease Control and Prevention (CDC) Director Rochelle Walensky said. 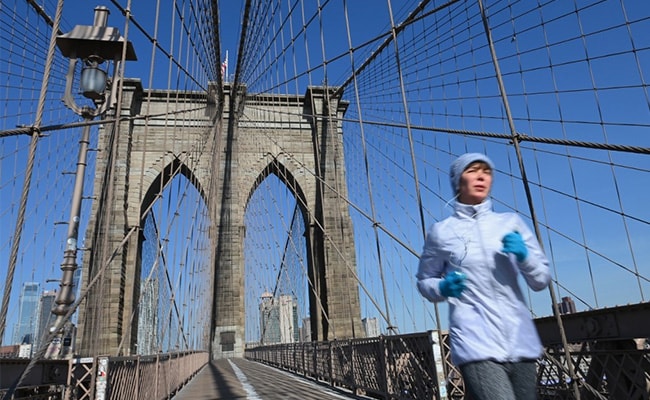 The Delta strain is believed to be the fastest spreading and most contagious coronavirus variant. (File)

The Delta variant is the second most prevalent coronavirus mutation in the US and is predicted to become the predominant one in the coming weeks, Centers for Disease Control and Prevention (CDC) Director Rochelle Walensky said on Thursday.

“An estimated 25 percent of all reported SARS-COV-2 sequences nationwide are the Delta variants, and in some regions of the country, nearly one in two sequences is a Delta variant,” Walensky added, as quoted by Sputnik.

Speaking at a press briefing, Walensky also underscored the correlation that exists between the low vaccination rates and the spread of the Delta variant. According to reports, the Delta strain is believed to be the fastest spreading and most contagious coronavirus variant.

On Thursday, Dr Hans Henri Kluge, WHO Regional Director for Europe said that a 10-week decline in the number of COVID-19 cases in the 53 countries in the WHO European Region has come to an end.

“This is taking place in the context of a rapidly evolving situation; a new variant of concern – the Delta variant; and in a Region where despite tremendous efforts by the Member States, millions remain unvaccinated,” he added.

With cases now doubling in Africa every three weeks, the Delta variant of COVID-19 has spread to 16 countries and it is present in three of the five nations reporting the highest caseloads, UN News reported. The variant is the most contagious yet – up to 60 percent more transmissible than other variants.

Along with Alpha and Beta, Delta is fuelling an aggressive third wave across Africa, with case numbers climbing faster than all earlier peaks, according to the WHO.

On Thursday, WHO experts warned that the numbers have increased for six consecutive weeks, up by 25 percent last week, reaching 202,000 positive cases. Deaths also rose by 15 percent across 38 African countries, to nearly 3,000.

Meanwhile, the WHO’s chief scientist Soumya Swaminathan has said all COVID-19 vaccines that have been approved by the World Health Organization are effective at preventing severe disease and death caused by the highly contagious Delta variant.

“The good news is that all of the WHO emergency use listed vaccines do protect against developing severe disease, hospitalization and death due to the Delta variant,” Swaminathan said.