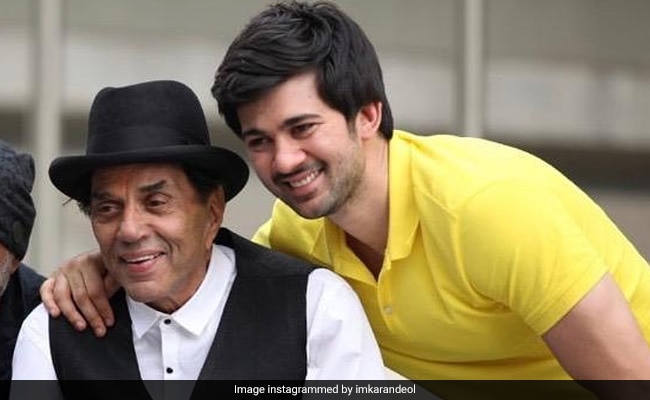 Veteran actor Dharmendra’s grandson Karan Deol, who stepped into Bollywood just like his grandfather and dad Sunny Deol, in a recent interview with Times Of India said that he has seen only a couple of films of Hema Malini and he thinks she is a “brilliant actress.” Hema Malini married her Dream Girl  co-star Dharmendra in 1979 and the couple are parents to two daughters – Esha and Ahana Deol. At that time, Dharmendra was already married to Prakash Kaur, with whom he has four children – sons Sunny and Bobby Deol, as well as daughters Vijayta and Ajeeta. When the actor married Hema Malini, he didn’t divorce Prakash Kaur.

Talking to the TOI about Hema Malini, Karan Deol said: “She has had a brilliant and prestigious career from start to finish. Yes, I’ve seen one or two films of her; she’s a brilliant actress.”

Karan Deol made his debut as an actor with dad Sunny Deol’s 2019 directorial project Pal Pal Dil Ke Paas, which was produced by Dharmendra. The film, also starring Sahher Bambba, released in November 2019.

Karan will next be seen alongside Dharmendra and Sunny Deol in Apne 2. It is “a dream come true moment” for him. Apne 2 will feature the three generations of the Deol family – Dharmendra, his sons Sunny and Bobby Deol and grandson Karan Deol.

Talking about sharing the screen space with his dad and grandfather, Karan Deol told the TOI in the same interview: “After I heard the narration, it was very emotional to me, because we’re living in uncertain times, and for me to share screen time with my dada, dad and chacha, at this given moment, it’s a blessing for me. I had tears. It was an emotional moment for me, and it is very exciting because this is something I’ve dreamed of.”