Stunning is how we would describe this picture of Disha Patani 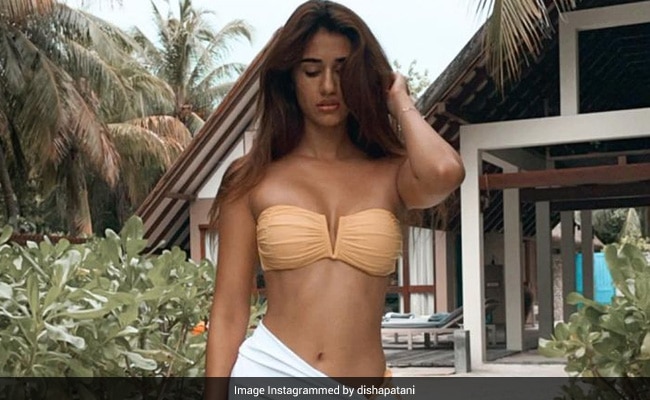 Disha Patani is acing swimwear fashion as always in her latest Instagram entry and we can’t get past how stunning she looks in the photograph. On Wednesday evening, the actress shared picture-perfect shot from a beach destination on her Instagram profile and we are busy crushing on the photo, just like her Instafam. In the aforementioned shot, Disha can be seen dressed in a peach bikini and she has a shirt tied around her waist. She can be seen sporting minimal make-up and looks stunning as ever. The actress’ fans filled up her post with heart and fire emojis within seconds and it is easy to see why.

When Disha Patani is not busy shooting for films or hitting the gym, she likes to chill at beach destinations.See some of the posts:

In terms of work, the actress was last seen in Mohit Suri’s action-thriller Malang, co-starring Anil Kapoor, Aditya Roy Kapur and Kunal Kemmu. She will next be seen in Prabhu Deva’s Radhe: Your Most Wanted Bhai, which will be her second project with Salman Khan. The duo have earlier co-starred in the 2019 film Bharat, which also featured Katrina Kaif and Tabu. Meanwhile, Radhe: Your Most Wanted Bhai will also star Jackie Shroff and Randeep Hooda in pivotal roles. The film is slated to release on Eid this year. She will also star in Ek Villain 2, alongside Arjun Kapoor and John Abraham.

The actress is best-known for starring in films such as Baaghi 2, co-starring rumoured boyfriend Tiger Shroff, and Kung Fu Yoga, among others. Disha Patani, a former model, made her big Bollywood debut with the 2015 sports biopic MS Dhoni: The Untold Story, co-starring late actor Sushant Singh Rajput. The film also featured Kiara Advani.