The active cases in Bihar now stand near one lakh, nearly 50 times more than the fugures in the beginning of the month when the active caseload was less than 2,000. 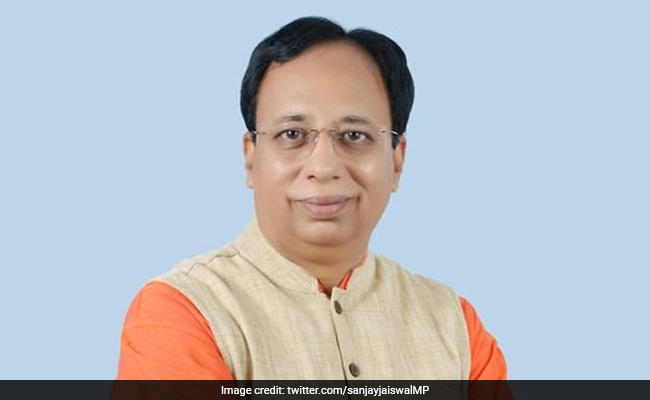 Sanjay Jaiswal said that he has lost many known persons in the second wave.

The situation in Bihar remains grim with even basic facilities like beds and medical oxygen “running out”, the state’s BJP chief said as he requested people to follow Covid protocols. The crisis has reached such a state that even “my close friend who is a doctor is not picking up my calls as he is unable to help”, Sanjay Jaiswal, Lok Sabha MP and BJP state president, said detailing the situation on the ground.

“The best treatment for coronavirus is social distancing and wearing masks. Unfortunately, people are still not understanding the threat of the deadly virus,” Mr Jaiswal, who is a doctor, said in a Facebook post.

The BJP leader said that he has lost many known persons in the second wave of coronavirus that has taken the death count in the country past the two lakh-mark.

“The situation reached at the stage that even my doctor friend is not picking the phone. They may be helpless in the present situation. I have lost many known persons in the second wave,” the BJP leader said in the Facebook post in Hindi.

In the long note, Mr Jaiswal also narrates that hospitals in his parliamentary constituency of Champaran are stretched despite new arrangements being made for beds and oxygen. “We have recently arranged beds and oxygen in the Champaran region to save the lives of Covid patients. Now, the facility has reached the stage of closure. We are trying hard to increase the number of beds up to 90 in Bettiah city and we may succeed in our attempt but that will not seem to be adequate. The positivity rate reached up to 30 per cent,” Mr Jaiswal said.

Bihar is among the 11 states that account for 78.18 per cent of India’s total active cases, according to the Union Health Ministry data.

The number of active cases now stand near one lakh, nearly 50 times more than the figures in the beginning of the month when the active caseload was less than 2,000.