Russia-Ukraine Conflict: The United States warned last week that a Russian invasion of Ukraine could be imminent and President Volodymyr Zelenskiy called on the country’s people to fly flags and sing the national anthem in unison. 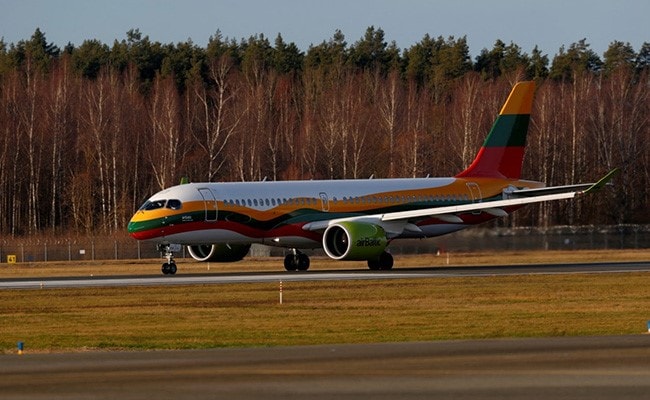 Russia-Ukraine Conflict: Tensions have been increasing between Ukraine and Russia.

Latvian flag carrier airBaltic is setting up extra flights out of Kyiv this week to accommodate a passenger spike after European countries told their nationals to leave Ukraine or risk war.

“I did not feel calm in Kyiv, and my parents were worried. So I decided to go home to wait out the next few weeks, until things become clearer,” Giedrius Paurys told Reuters after he and his wife disembarked from the extra Tuesday flight with four suitcases and two small dogs.

The United States warned last week that a Russian invasion of Ukraine could be imminent and President Volodymyr Zelenskiy called on the country’s people to fly flags and sing the national anthem in unison on Feb. 16, the date that some Western media say Russian could invade.

The warnings prompted airBaltic’s regular Tuesday flight to Riga to sell out, so the company, on short notice, scheduled extra rotations on Tuesday and Wednesday to cope with the higher demand.

By noon on Tuesday 66 people had booked seats for the extra flight. With only two bookings made to fly to Kyiv, the 145-seater Airbus flew to pick up passengers from Ukraine almost empty.

Not all passengers were anxious. “I didn’t want to leave, my husband forced me,” Inga Paurys quipped, laughing. She and her husband, Giedrius, are Lithuanians who live and work in Kyiv.

“He reads all these news and gets scared, and I don’t do that, so Kyiv is fine by me. Nothing has changed, we were sill visiting restaurants and sports clubs,” Inga said.

Neighbouring Estonia, one of several countries that has warned their citizens to flee Ukraine, asked its remaining citizens to get on the extra airBaltic flights and come home.

“Some of my friends have left Kyiv. Some don’t have anywhere to go to – they are stressed out and hope nothing happens. Other friends are preparing to fight, and some are just panicking,” said Natalia Vereshko, a Ukrainian living in France who took the flight with her daughter.

Airliners bound for Kyiv leave Riga with a full tank of fuel to be able to turn around quickly should the situation suddenly change for the worse, airBaltic Chief Executive Martin Gauss told Reuters.

“In extreme case, even if we have an aircraft in the air, we can order it to come back,” he said.

The company expected the below-100-euro tickets to make the extra flights profitable.

Bookings for flights between Kyiv and Riga for later this week are proceeding at a normal pace, with people choosing to fly both ways, said Gauss.

The Kremlin said on Tuesday that U.S. assertions that Russia was poised to invade Ukraine were baseless hysteria.

“India A Major Priority”: US Yet To Decide On Allocation Of...