Two farmer leaders were arrested for surrounding the home Haryana MLA Devendra Singh Babli of the JJP – which is allied with the ruling BJP – last week. 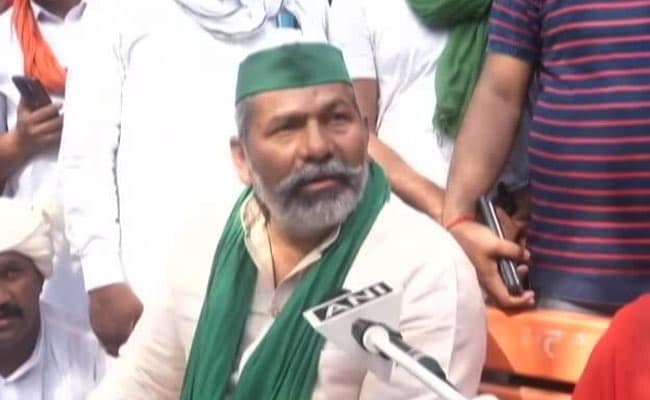 Farmers leaders have decided to continue with their protest in Tohana town in Haryana’s Fatehabad district over a case registered after agitating farmers surrounded an MLA’s home last week during protest against the centre’s controversial agricultural laws.

Two farmer leaders – Vikas Sisar and Ravi Azad – were arrested for surrounding the home Haryana MLA Devendra Singh Babli of the JJP, which is allied with the ruling BJP, on Wednesday night.

A large number of farmers, led by farmer leaders Rakesh Tikait, Gurnam Singh Chaduni and United Kisan Morcha leader Yogendra Yadav have been staging a sit in before a police station in Tohana since Saturday night demanding the release of arrested farmers.

On Saturday, the MLA apologised for abusive comments made during a spat with farmers last Tuesday, while they were protesting the farm laws.

Though Mr Tikait, who has emerged as the influential face of the farmers’ protests, accepted the apology, he demanded the release of the arrested farmers.

“The MLA has decided to withdraw the cases against the farmers and he has also expressed regret on his statements, so for now that matter is over. But yesterday we talked to the administration to withdraw the cases against our fellow farmer who have been sent to jail. They did not agree. Today we will talk again. We will hold this dharna till our fellow farmers released. Our demand is that if the police cannot release our comrades, then arrest us too,” he told news agency ANI.

The police itself is the complainant in the case against the farmers for surrounding the MLA’s home. Administrative officials maintained that they will firstly take legal opinion in this matter before proceeding for further action.

No Covaxin Doses Left For 45-Plus, Health Workers After Monday: Delhi...