Alan Maguire, 56, and the Manchester United player’s agent Kenneth Shepherd were trampled by unruly ticketless fans before the match between England and Italy at London’s Wembley Stadium on Sunday. 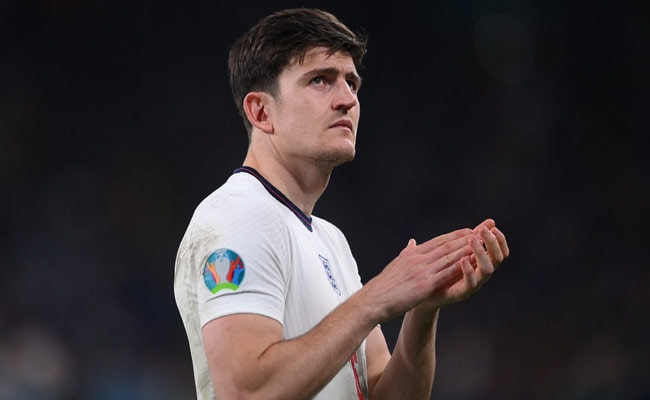 Harry Maguire condemned the behaviour of unruly fans at the match, calling it “totally wrong”.

Harry Maguire’s father suffered two suspected broken ribs and struggled to breathe after being caught up in fan disturbances at the Euro 2020 final, the England defender revealed on Wednesday.

Alan Maguire, 56, and the Manchester United player’s agent Kenneth Shepherd were trampled by unruly ticketless fans before the match between England and Italy at London’s Wembley Stadium on Sunday.

“It was not a nice experience — it shook him up. It was scary. I don’t want anyone to experience that at a football match,” Maguire told British tabloid The Sun.

Alan Maguire did not ask for medical treatment despite his injuries as England supporters overwhelmed security staff to enter the stadium and occupy the seats of paying spectators.

“My dad’s a big fan — he got on with it. He was struggling with his breathing because of his ribs, but he’s not one to make a big fuss,” the 28-year-old footballer was quoted as saying.

“He was fortunate as every game he has been to he has had my nephew or one of my kids on his shoulders.”

European football’s governing body UEFA on Tuesday charged England’s Football Association over the unsavoury scenes at the final and will appoint an “ethics and disciplinary inspector” to investigate the pre-match disorder.

London’s police force said it made 86 arrests and that 19 of its officers were injured in connection with managing the Euro 2020 final.

It also said it would look at reports of racist abuse of the three black England players who missed penalties, which has sparked an outpouring of support for them from fans.

A petition to permanently ban racists from football matches, created in response to the abuse, has garnered more than one million signatures in just two days.

Maguire condemned the behaviour of unruly fans at the match, calling it “totally wrong” and said his father would still go to games but would now be more aware.

“Things could have been a lot worse but we have to make sure it does not happen again,” he added.

Italy won the match 3-2 on penalties following a 1-1 draw after extra time to claim their first European Championships title since 1968.