Florida building collapse: Miami-Dade County mayor Daniella said one victim passed away in hospital and eight more victims were recovered from the site. 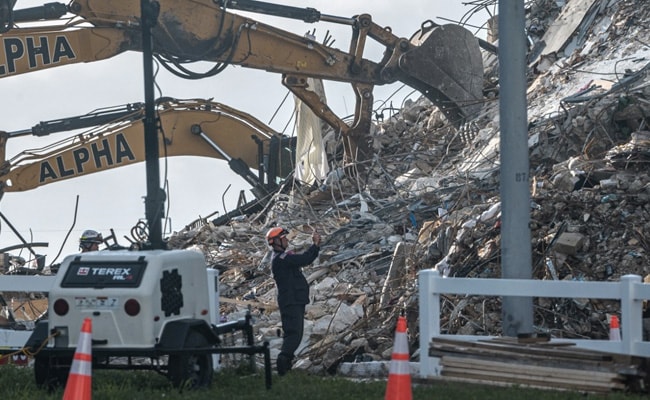 The death count after the collapse of a Florida apartment tower has risen to nine, the local mayor said Sunday, more than three days after the building pancaked as residents slept.

“We were able to recover four additional bodies in the rubble as well as additional human remains,” Miami-Dade County mayor Daniella Levine Cava told reporters in Surfside, near Miami Beach.

“As of today one victim passed away in the hospital and we’ve recovered eight more victims on site so I am confirming today that the death count is at nine.” She said four of the victims have been identified and their family members have been notified.

More than 150 people remain unaccounted for.

The search has been painstakingly slow, hampered in the early days by a fire burning deep in the debris mountain that officials have said they believe is now under control.

Officials have stressed that there may yet be survivors buried in the rubble. Cava said that teams had cut a “deep trench” through the pile of twisted debris to assist in the search.

“It’s now 125 feet in length into the pile, it’s 20 feet wide and 40 feet deep,” she said, adding that it was “critical” to the search process, and that it was as a result of the trench that the additional bodies were recovered.