The creator of the fundraising page, New York-based Tommy Marcus, asked for funds to organize flights out of the country for Afghans who risk being targeted by the Taliban. 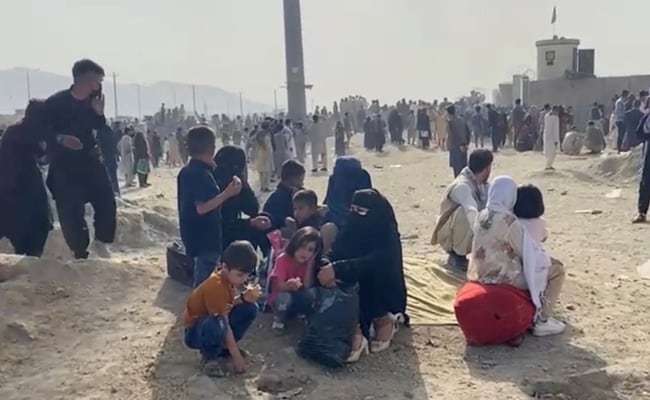 Since its launch earlier this week, the campaign has received donations from over 106,000 people (File)

A GoFundMe campaign to raise money for the evacuation of 300 vulnerable Afghans fleeing the Taliban has raised over $6 million, according to figures published Thursday.

The creator of the fundraising page, New York-based Tommy Marcus, asked for funds to organize flights out of the country for Afghans who risk being targeted by the Taliban.

They include men and women who worked as human rights lawyers, LGBTQ activists, journalists, government liaisons and others, “all of whom are at imminent risk of being executed by the Taliban, along with their families,” the page said.

Marcus said he was working with aid groups, veterans and activists on the ground in Kabul to plan the rescue operation.

Since its launch earlier this week, the campaign has received donations from over 106,000 people, with contributions ranging from $1 to $20,000, collecting $5 million in the space of just one day.

“If these people do not get rescued as soon as possible, neither they nor their family will make it through the month,” the page said.

Neither GoFundMe nor Marcus responded to request for comment.

Thousands of Afghans rushed to Kabul airport in a desperate attempt to flee the country after the Taliban takeover of the capital on Sunday, with several people dying in the melee.

Western governments have been evacuating thousands of their citizens as well as Afghan civilians who have worked for them, but the evacuations have been marked by chaos.

Memories are still fresh among Afghans of the Taliban’s brutal rule from 1996 to 2001, during which girls could not go to school, women were barred from working in jobs that would put them in contact with men, and people were stoned to death.