Unprecedented scenes were witnessed in the Bihar assembly on Tuesday when Opposition MLAs were dragged, manhandled by policemen and carried out on stretchers. 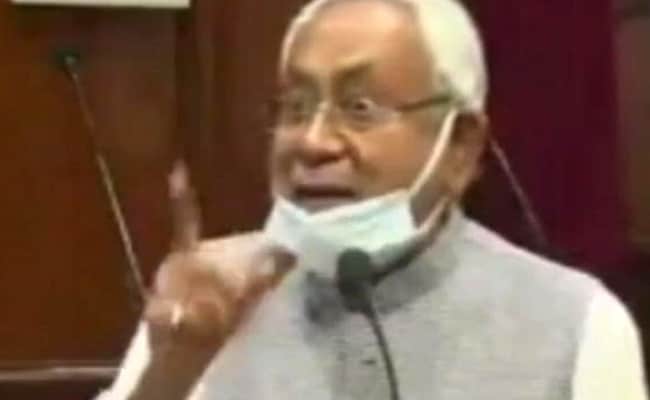 Bihar Chief Minister Nitish Kumar lost his cool yet again on Wednesday when faced with protests by the Opposition MLAs in the legislative council over the manhandling of several legislators by security personnel in the state assembly the previous day. Blaming the MLAs of the opposition camp for the chaos, the Chief Minister defended the decision to call police personnel inside the Bihar assembly and said there was no other option left.

“Aren’t you aware of your actions. It’s you who always attack. Do these people (the MLAs of the ruling NDA) ever attack you? They quietly listen,” Nitish Kumar was seen snapping at the Opposition MLAs in a footage from the legislative council.

Unprecedented scenes were witnessed in the Bihar assembly on Tuesday when Opposition MLAs were dragged, manhandled by policemen and carried out on stretchers after the Speaker was virtually held hostage inside his chambers, following chaos over a legislation that gives more power to the state’s police force to search people and make arrests. The Special Armed Police Bill, 2021 was passed by voice vote late Tuesday night

Later, the Patna police chief brought over 100 personnel and started removing the protesting MLAs from the house. Women lawmakers who climbed the podium and tried to stop the Speaker from sitting were removed by policewomen.

The Chief Minister also asked the legislators to take part in the assembly proceedings and “then say whatever you have to say”.

The opposition RJD, Congress, CPI-ML, CPI and CPI(M) kept away from the proceedings and instead held a parallel assembly session chaired by RJD leader Bhudev Choudhary in the lawns of the Bihar Assembly. They have caused the ruling NDA of having throttled their voice and rammed down a “draconian” Bill on the previous day.

Bihar’s main opposition leader, Tejashwi Yadav, who has been sharing videos and photos of injured MLAs and those being dragged by security personnel, slammed the Nitish Kumar-led government, claiming that new law means that searches will be conducted without a warrant and “any policemen can arrest if he believes something is wrong”.