Bush made his points in an op-ed article in the Washington Post previewing his new book “Out of Many, One: Portraits of America’s Immigrants.” 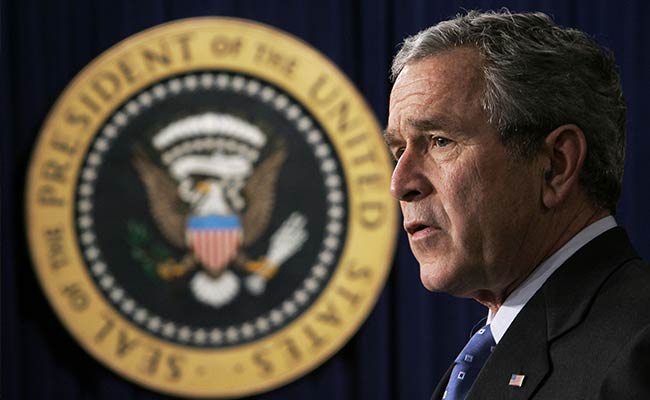 
Former president George W Bush has stepped into the US debate on immigration, saying migrants are “a force for good” and arguing for a gradual process to allow undocumented immigrants to earn legal status.

Bush, a past governor of Texas — a border state heavily impacted by migration — made his points in an op-ed article in the Washington Post previewing his new book “Out of Many, One: Portraits of America’s Immigrants.”

The book, whose name comes from the nation’s Latin motto “E Pluribus unum,” features portraits of immigrants done by Bush himself, who self-deprecatingly says he knows his paintings “may not set the art world stirring.”

But he says that by sharing the portraits of immigrants, each with “a remarkable story,” he hoped “to humanize the debate on immigration and reform.”

His pro-immigrant message comes as President Joe Biden, who had promised to ease Donald Trump’s severe immigration crackdown, has struggled with an uncontrolled surge of migrants coming through Mexico.

The immigrant portraits drawn by Bush range from those of the unknown — like a young French man who became an American soldier and won the country’s Medal of Honor — to the much better-known stories of two migrants, Madeleine Albright and Henry Kissinger, who fled prewar Europe and rose to become US secretaries of state.

Bush asks in his op-ed how it is that “in a country more generous to new arrivals than any other, immigration policy is the source of so much rancor and ill will.”

The short answer, he adds, brings “little credit to either party.”

While offering no specific policy prescriptions, the former president advocates several “good-faith” steps: a path to citizenship for those brought to the US as children; greater securing of the southern border; a modernized asylum system; and increased legal immigration to allow “talented people (to) bring their ideas and aspirations here.”

As for the millions of undocumented migrants living in the US, Bush says that a grant of amnesty would be “fundamentally unfair” to those trying to come legally, but he adds that “undocumented immigrants should be brought out of the shadows through a gradual process in which legal residency and citizenship must be earned.”

Applicants should have to pay a fine and back taxes, document their work history, demonstrate English proficiency and knowledge of US history and civics, and provide a clean background check.

After all, he adds, their determination to come to the US “is an affirmation of our country and what we stand for.”