Cyclone Tauktae Goa: Due to the impact of cyclonic winds, power supply at various places in Goa got snapped on Saturday night. As per government record, scores of houses suffered major damages and thousands of trees were uprooted. Two persons had died in the cyclone-related incidents in the state. 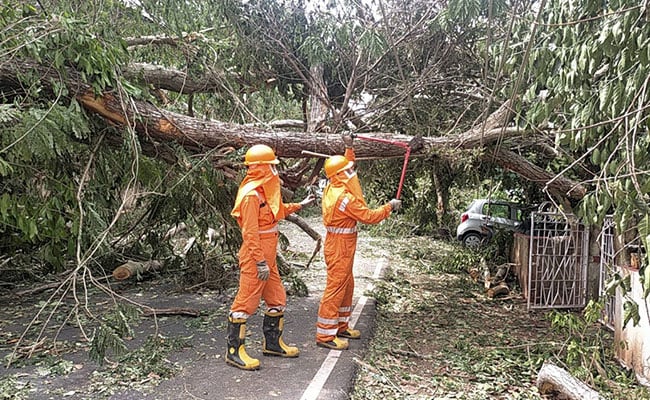 Goa Chief Minister Pramod Sawant on Friday said the state suffered losses to the tune of Rs 146 crore due to cyclone Tauktae.

Due to the impact of the cyclonic winds, power supply at various places in the state got snapped from Saturday night. As per the government record, scores of houses suffered major damages and thousands of trees were uprooted. Two persons had died in the cyclone-related incidents in the state.

Talking to reporters, Mr Sawant said the state government has considered all kind of losses in its assessment, including those faced by the fishing community as its members could not venture into the sea due to cyclonic winds for three days.

Mr Sawant said disaster management teams were on the field to tackle the situation arising out of the cyclonic winds.

The figure of Rs 146 crore has been worked out, which includes losses due to ban on fishing for three days, destruction to various assets of electricity department, damages to buildings of education department and destruction of private properties, he said.

Damage to agricultural crops has also been included in this figure, Mr Sawant added.

The state faced such a cyclone for the firsts time since 1994, he said.

He apologised to the people of the state for inconvenience caused due to disruption of power and drinking water supply for a few days certain parts of the state as a result of the cyclone.

The work of restoring the power supply took time due to scarcity of manpower in the state.

We had to hire manpower from outside the state to restore the supply, he added.

The Chief Minister said that after this experience, the state government has decided to ramp up its disaster response and purchase some necessary equipment.